Will GOP backtrack on select deals? 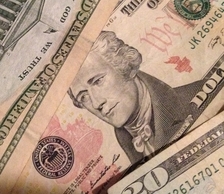 For years, bipartisan majorities of Republicans and Democrats approved massive tax credits to select corporations and industries. The bulk of these coincided with the “lost decade” in Michigan, in which the state lost more jobs than any other. These credits have caused a nearly $9 billion hole in the state budget. This hole is crushing citizens who must now pay higher taxes for an increasing state budget to fund basic government services such as road maintenance.

In 2011, Republicans were swept into power with a mandate for change. One policy pushed by Gov. Rick Snyder was to stop issuing new credits. Michigan citizens are still on the hook for past promises, but at least state officials limited their long-term liabilities.

But the Legislature is poised to throw that act of good government and fiscal restraint out the window.

A new data center is interested in moving into the empty Steelcase pyramid building in West Michigan, but only if the state approves a bevy of tax incentives – exempting the new company from property, sales and use taxes.

The media reports of this project include the usual: Job promises, potential future revenue gains, a vitalization of an area, etc. This all may or may not come to be (historically, these job creation expectations are rarely met), but that’s not the main point.

The real issue is whether state legislators are going to make residents and other companies pay higher taxes to support one company or industry. Republicans claim to dislike central planning and Democrats often complain about “corporate handouts” – but the bills supporting this proposal have wide bipartisan support.