Criminal forfeiture is when property (typically one of the three types described above) is forfeited to the state because it has been established beyond a reasonable doubt that it was directly involved with or resulted from illegal activity perpetrated by an individual who has been convicted of a crime.

According to the U.S. Department of Justice:

Criminal forfeiture is an action brought as a part of the criminal prosecution of a defendant. It is an in personam (against the person) action and requires that the government indict (charge) the property used or derived from the crime along with the defendant. If the jury finds the property forfeitable, the court issues an order of forfeiture.[10]

Criminal forfeiture is a single-track process where the suspect and their property enter the legal system together. Before property may be forfeited, the owner’s guilt must first be established beyond a reasonable doubt. If a property owner is found not guilty, he is set free and his property is returned. If he is found guilty, the property owner is sentenced, and the same jury is then asked to determine if his property is the proceeds or instrument of the crime he was convicted of. If the jury determines that the property was the proceeds or instrument of the crime, the property may be forfeited.[11] 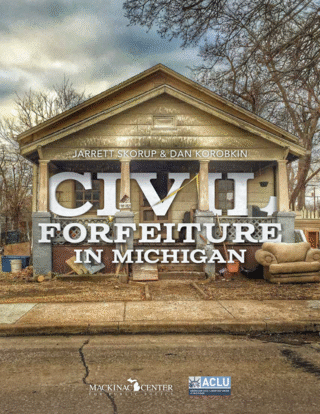