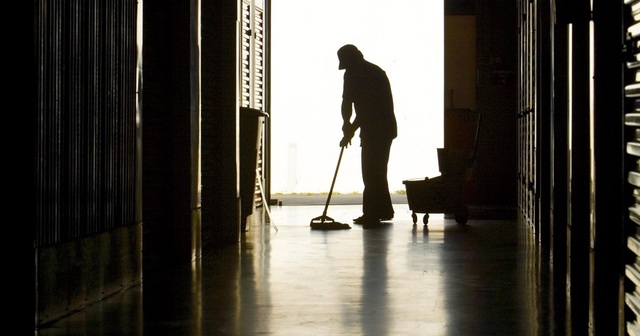 Contracted custodial services are most popular

Authors’ note: The following was first posted by the Georgia Public Policy Foundation August 27, 2015.The Mackinac Center’s annual survey of conventional public school district contracting was expanded this year to include four other states.

More than a third of all conventional public school districts in Georgia contract out one of the three major noninstructional services, according to survey data collected this summer by a the Mackinac Center for Public Policy, a Michigan-based research institute.

The Mackinac Center survey of Georgia and four other states found that 38 percent of Georgia districts contract out for at least one of the “big three” noninstructional services: food, transportation and custodial services.

Done right, contracting out can save money and relieve management headaches, too. But Mackinac found a curious pattern in Georgia: Just three districts — 1.7 percent — contract out transportation (bus) services, and only four, or 2.2 percent, contract out for food services.

These are the lowest food and transportation outsourcing rates among the states surveyed: Georgia, Michigan, Pennsylvania, Ohio and Texas.

While this finding might suggest hostility to competitive contracting, such a conclusion belies the fact that 36.7 percent of Georgia school districts use private vendors to provide custodial services.

So why do districts appear comfortable contracting in one area but not others?

When done correctly, privatization can both improve service and reduce costs by 10-20 percent or more. In research going back more than 10 years, the Mackinac Center has found that privatization saved Michigan school districts from $35 to as much as $191 per pupil, depending on various factors.

The Mackinac Center also found nothing inherently problematic about contracting for transportation or food services compared to custodians. Ten years ago, only 3.8 percent of Michigan school districts contracted out for transportation services; today, that figure stands at 26.6 percent, and 42.8 percent for food services (see graph). In Pennsylvania, 66.5 percent of districts contract out some or all of their bus services, and 44.4 percent do so for food.

The Mackinac Center sought answers for the divergence in two places. First, it asked school district officials in their survey interviews. They provided no particular reason to explain why so many districts outsourced janitors but not the other services.

It also investigated whether some provision of state law may be responsible. The research, while not exhaustive, revealed no obvious obstacles.

All this suggests that competitive contracting for food and bus services could be ripe for expansion in Georgia schools. Few district superintendents would turn down an extra $100 per pupil in savings, which is essentially what happens when districts forego this opportunity.

If competitive contracting was not a useful management tool, far fewer schools in states like Michigan and Pennsylvania would embrace it. By their actions, school superintendents there have demonstrated that the practice that can save money and improve quality.

As Georgia continues to investigate education funding, this timely survey by the Mackinac Center highlights an opportunity ripe for school systems to create savings and shift more funding into Georgia classrooms. 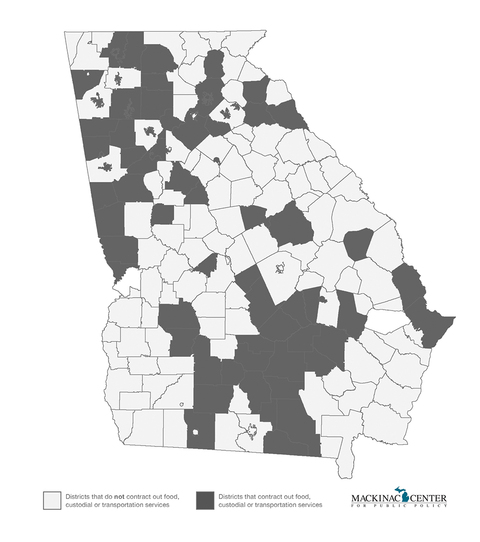 Michael LaFaive is director of the Morey Fiscal Policy Initiative for the Mackinac Center for Public Policy in Michigan and Kelly McCutchen is president and CEO of the Georgia Public Policy Foundation.