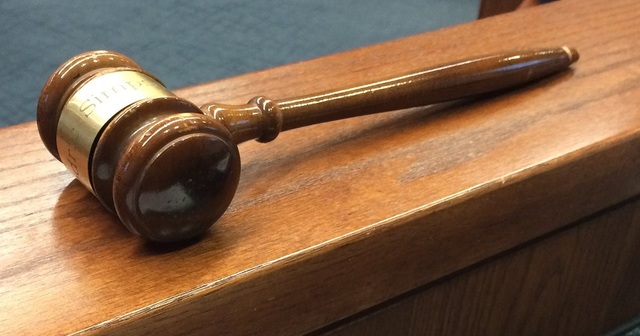 A Victory for Political Free Speech

In the pre-dawn hours of Oct. 3, 2013, heavily armed deputies raided the homes of independent political activists across the state of Wisconsin who agreed with the government union reforms enacted by Gov. Scott Walker. The raids were to seize records related to political activities and were orchestrated by a partisan district attorney under color of two poorly drafted and misguided state statutes.

Until now, one of these laws restricted political speech through campaign finance regulations. The other (still in force) gives prosecutors the power to undertake open-ended inquisitions targeting suspected criminal activity — or against political enemies.

The Wisconsin Supreme Court has just ruled 4-2 that the law restricting political speech is “unconstitutionally overbroad and vague.” According to the Milwaukee Journal Sentinel, the court ordered that “the special prosecutor and the district attorneys … must cease all activities related to the investigation, return all property seized … from any individual or organization, and permanently destroy all copies of information and other materials obtained through the investigation. All unnamed movants are relieved of any duty to cooperate further with the investigation.”

The context for these events is a broad-based attack against the heart of the First Amendment — its guarantee of political free speech — unlike anything seen in this country since perhaps the Alien and Sedition Acts of 1798. The assaults are occurring across a broad front, ranging from IRS targeting of nonprofit tea party groups, to a U.S. constitutional amendment supported by every Democrat in the U.S. Senate last year that would give politicians the power to restrict political speech, and the use of campaign finance disclosure mandates to bully and intimidate supporters of “politically incorrect” causes.

The Wisconsin speech raids are perhaps the ugliest example of this ongoing assault. In effect, the abusive actions of a partisan DA were a continuation of the union-organized tantrums on the streets surrounding the Wisconsin state Capitol in Madison in 2011 when Gov. Walker's reforms were enacted. But unlike those boisterous public demonstrations, this political actor had the power to dispatch men with guns on secret raids to silence those he disagreed with.

The so-called John Doe law authorizing the raids even prohibits targets of such abusive prosecutorial excess from speaking out against their victimization.

One target, Eric O’Keefe, president of the Wisconsin Club for Growth, who was not raided but had records subpoenaed, defied the gag order and filed a federal civil rights suit against the Milwaukee district attorney. The suit has since stalled, but in an earlier ruling federal judge Rudolph Randa wrote, “The larger danger is giving government an expanded role in uprooting all forms of perceived corruption which may result in corruption of the First Amendment itself.”

Illustrative of the nationwide scope of the current attacks on political free speech, last week The Wall Street Journal revealed that Kevin Kennedy, director of a “Government Accountability Board” authorized by Wisconsin’s speech restriction law, had a long-standing association with former IRS tax-exempt organizations director Lois Lerner, an individual central to the agency’s ongoing persecution of groups with ideologies contrary to that of the current administration.

“Our lengthy discussion of these three cases can be distilled into a few simple, but important, points. It is utterly clear that the special prosecutor has employed theories of law that do not exist in order to investigate citizens who were wholly innocent of any wrongdoing. In other words, the special prosecutor was the instigator of a ‘perfect storm’ of wrongs that was visited upon the innocent Unnamed Movants and those who dared to associate with them. It is fortunate, indeed, for every other citizen of this great State who is interested in the protection of fundamental liberties that the special prosecutor chose as his targets innocent citizens who had both the will and the means to fight the unlimited resources of an unjust prosecution. Further, these brave individuals played a crucial role in presenting this court with an opportunity to re-endorse its commitment to upholding the fundamental right of each and every citizen to engage in lawful political activity and to do so free from the fear of the tyrannical retribution of arbitrary or capricious governmental prosecution. Let one point be clear: our conclusion today ends this unconstitutional John Doe investigation.”