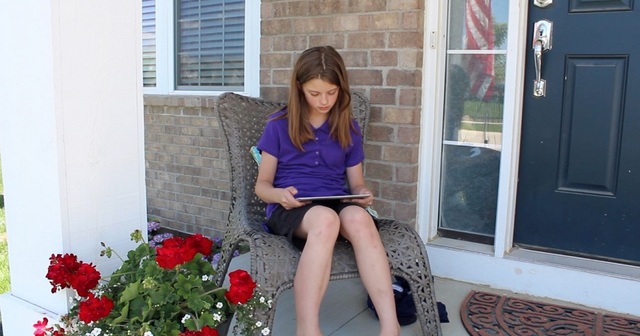 It's easy to understand how Liz Roe, a mother sending her daughter to Utica Community Schools, became so frustrated. Liz had seen her daughter, Mia, struggle with reading since kindergarten. "My brother had dyslexia," Liz said, "So, I kind of recognized the flipping of words and numbers."

But despite repeated requests, Liz says Utica schools failed to give Mia the services she needed to excel in the classroom. Throughout her first few years in elementary school, school officials made Mia feel despondent. In first grade, her teacher told Mia's family that she was "hopeless." In third grade, when Mia asked to record her class lectures so that she could review class material at home, her teacher told her that recording was forbidden. Instead, the teacher suggested that Mia have a classmate take notes for her.

Liz and Mia clearly needed something different, and they did find it — but in a place many people would assume couldn't provide the type of services Mia needed. Mia got the help she couldn't get from the second-largest school district in the state after transferring to a private school.

This private school used Lutheran Special Education Ministries, a service provider that works with private schools throughout Michigan, to give students with special needs the support they need.

Rather than having each private school provide stand-alone services, LSEM will place a "resource room" and specialized teacher in the school to help students. LSEM, as a charitable organization, typically provides this service to the school below cost and raises additional funds to make up the difference.

LSEM has been providing services to private school students with special needs since 1975, and now serves thousands of students each year in Michigan, Arizona, California, Florida, Minnesota and Texas.

For Mia, LSEM has made all the difference. She works with an LSEM teacher four days a week, and her school works to make sure that she is provided with the notes and materials she needs. Since moving to a private school, Mia is more excited to go to school and receives high marks on her report cards, Liz said.

All of this has been accomplished with less. Mia's private school receives far less funding than what Utica Community Schools collects. Mia's family pays $4,337 per year in tuition, while UCS receives more than $8,600 in state funding per student.

Michigan private schools have seen enrollment decline dramatically in recent years. Just 113,000 Michigan students are enrolled in private schools, down from more than 180,000 in 2001-02. Even though the tuition charged at many private schools is far less expensive than per-pupil funding for public schools, struggling families may opt to use a public school simply because it is provided to them free of charge.

Michigan's constitution bans private school choice, meaning parents cannot use state funding to help them afford the tuition of a private school. Fortunately for Mia, she was able to attend private school because her parents could afford it. "I know that there are children out there whose parents don't have the ability to do that," Liz said. "That's the part that kind of gets me, that they don't have the choice that I do."