Steps in the right direction are possible without changing laws 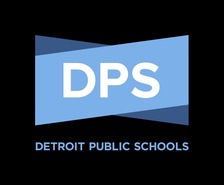 Almost everyone has a plan for fixing what ails Detroit Public Schools: the governor, a coalition of special interest groups, and several advocacy groups. While each group differs in its approach — the governor's proposal would split the district in two, while the coalition's plan would limit school choice — every plan would require creating a new law specifically for DPS and Detroit-area charter schools.

But significant steps could be taken without any legal change. With a state emergency manager already overseeing DPS, some actions could be taken immediately to reform the district.

Split the district in two to contain debts

To address DPS' sprawling financial collapse, the governor's plan would split the district in two, with the old district paying off the debts of DPS, and the new district tasked with educating students. Emergency managers of both the Highland Park and Muskegon Heights school districts have already taken similar actions to improve district finances.

In Highland Park, the emergency manager's operating plan for the district included turning over educational responsibilities to a charter school, while using existing property tax revenue to pay down accumulated debt.

Muskegon Heights put a similar arrangement in place: Again, the district converted its schools into charter schools, and revenues from the district's 18-mill nonhomestead property tax were dedicated to paying off Muskegon Heights' debt.

Technically, these arrangements are a form of a state bailout: By using the districts' property tax revenue to pay off accumulated debt, less money is available from the state’s School Aid Fund, which funds districts throughout the state. This means that less state funding is available for other school districts and charter schools than would have otherwise been.

It seems that if Highland Park and Muskegon Heights emergency managers were able to make such changes, DPS could as well. Rather than converting the district wholly into a single charter school district, the emergency manager could convert single schools individually, focusing on converting schools in need of the greatest educational and financial turnaround.

Instead of having a single charter school operator run these schools, the emergency manager could contract with several operators to offer different programs and different management throughout the district. Indeed, the emergency manager could use converting schools as an opportunity to empower some of DPS' best school leaders to head new, independent charter schools.

A side benefit of charter conversion would be to contain burgeoning teacher pension costs. Teachers hired on by new DPS charter schools would not have to participate in the state teacher pension fund, as is the case of most charter school employees. The Michigan Public School Employees Retirement System is dramatically underfunded, meaning that every employee removed from the system helps reduce long-term liabilities for taxpayers.

Nonetheless, converting DPS schools to charter schools would involve some sort of taxpayer bailout. As with Highland Park and Muskegon Heights, less money would be available in the State School Aid Fund. However, it appears that state legislators are already open to this, with $50 million set aside in the school aid budget to help DPS pay off its debts.

A state bailout of some kind for DPS is likely unavoidable. The district has been under emergency management for years, and yet has failed to get its finances in order. For DPS to recover, the district would have to attract back tens of thousands of students — a highly unlikely scenario in the foreseeable future. With DPS’ dramatic decreases in enrollment, there may be no way for the district to pay off debt it accumulated as a larger district.

The harsh reality is that DPS has taken on more than $1.6 billion in general obligation debt, and has run a deficit for the past seven years. In fiscal year 2014, according to the Citizens Research Council, DPS overspent by $172 million. In light of past overspending, any proposal that entails giving an outsize award to DPS should also take care to protect state taxpayers. Converting DPS schools to independent charter schools provides the best safeguard for several reasons.

First, while some conventional districts have run deficits for years (and will continue to for years more), charter schools have a track record of responding quickly. Past experience shows charter schools that fail to deliver academic success or are poorly managed fiscally are eventually closed. Conversion protects state taxpayers from being approached repeatedly for additional bailout money.

Second, DPS has lost more than 100,000 students in the past decade, as families have left the city or have chosen to place their children at a school that best fits their needs. Converting the large district to smaller independent schools is a quick way to reduce administrative and educational infrastructure that are no longer needed.

Finally, charter conversion will allow many independent charter school operators to try varying models for converted DPS schools. Not every one will be successful, but splitting up the district will create a wide variety of schools, run by new operators and former DPS leaders. Creating an independent network of schools will create more opportunities for success than simply placing a large, expensive bet on a single sprawling district.