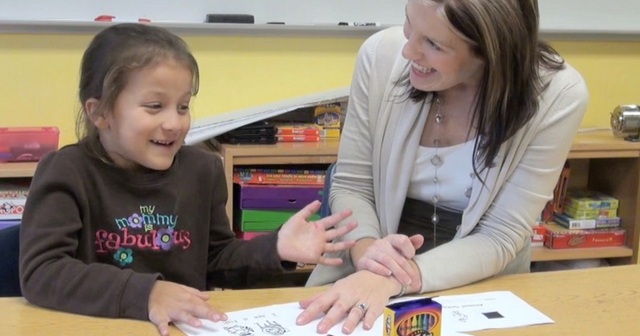 Tying Teacher Evaluations to Student Achievement Would Be Major Reform

According to Bridge Magazine, some teacher accountability advocates are upset at a proposal to give school districts more control over how teachers are evaluated. The issue, reports Bridge writer Ron French, is that legislation put forward by Sen. Phil Pavlov, R-St. Clair, would not impose statewide criteria for districts to use when evaluating teachers.

However, it appears that what Bridge Magazine characterizes as "a single, powerful senator kill[ing] serious reform of teacher evaluation" amounts to Pavlov refusing to prescribe a list of particular “evaluation models” to local school districts.

The legislation proposed by Pavlov would require by 2018-19, broadly:

— Another 60 percent of a teacher's evaluation would depend on a method chosen by the district. The evaluation method would have to be used consistently across a district's schools, with information about the tool posted on the district's website, including research backing its use and the qualifications of the person who created it, among other things.

In comparison, the legislation that French describes as a “tougher teacher evaluation bill” is very similar. Student academic growth would account for a significant portion (40 percent) of a teacher's evaluation: As with the Pavlov legislation, this portion is split between academic growth as measured by state assessments and academic growth as determined by the district. An earlier version of this proposal in 2014 had this split at 50-50, but would also have allowed districts to opt out of using state test data entirely, and instead use local information to measure teachers.

The rejected legislation spelled out specific evaluation tools a district could use, including the "Charlotte Danielson Framework for Teaching," the "R. Marzano Teacher Evaluation Model," the "Thoughtful Classroom," and the "5 Dimensions for Teaching and Learning." It also gave the Michigan Department of Education the power to determine other acceptable evaluation tools.

It is understandable for some to want to micromanage school districts to this degree. After all, even though the Michigan Legislature empowered school officials to evaluate teachers and to make hiring and firing decisions on the basis of performance, many districts have preserved the status quo.

This is especially clear in Hazel Park, where Hazel Park High School Principal Don Vogt told Bridge that he had to lay off some of the school's best teachers because an agreement with the union required that new teachers be laid off first.

Making layoff decisions solely on the basis of seniority is against the law in Michigan. It is also against the law to negotiate layoff procedures with the union. And yet, a school official felt the practice was so commonplace that he had no problem discussing it with a reporter.

It is easy to forget that until recently teachers union contracts severely limited when and how teachers could be evaluated. That wasn't changed until 2011, when Michigan legislators (including Pavlov) passed major teacher tenure reform legislation.

The top priority should be that teacher evaluations are administered, that school officials actually distinguish among a district's best and worst teachers using student academic performance, and that teacher hiring and layoff decisions be based on keeping the best teachers in the classroom. In any case, motivating reluctant administrators to tie teacher evaluation to an objective measure of student achievement will be a major improvement.