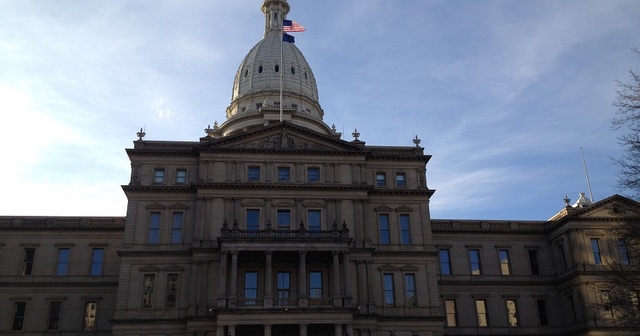 Snug as an Official Bug in a Rug

Politicians can find themselves deciding things of low value

Excessive cynicism can be an occupational hazard of those who pay close attention to actions of legislatures and politicians. Honest debate over important policy issues is important, but political observers can be quite disappointed if they consider everything their elected officials work to decide.

For example, on April 28 Rep. Edward McBroom (R) introduced a bill to establish the ladybug as the official insect of Michigan. The proposed legislation does not specify any particular variety, although Wikipedia reports some 5,000 types worldwide.

The bill could trigger a Battle of the Bugs on the House floor, because in recent years no fewer than four bills have been introduced to declare the monarch butterfly to be the state’s official insect. The conflict could grow even more intense, because in 2010 legislation was introduced to establish as the green darner dragonfly as the official state bug.

These gratuitous acts of officialdom are hardly unique, and sometimes they even generate lobbying and contentious committee hearings, as occurred when a law was proposed to establish an official state Scottish tartan. But which tartan? A clash of the clans was narrowly averted when Gov. Jennifer Granholm took executive action to establish an official tartan, heading off what might have been a reenactment of the tragic rising of ’45.

There really is an apparent earnestness of those involved as you can tell by the video (below), but does that make it a proper function of government?

Other acts of officialdom introduced (but not necessarily passed) by lawmakers involved an official state poem, poet Laureate, birding county (that would be Iosco), official bird-of-peace, cookie, nickname and more. One observer proposed that lawmakers should officially declare themselves to be the state’s official busybodies.

It all gives weight to the claim of part-time legislature proponents that Michigan’s full time lawmakers may have too much time on their hands.