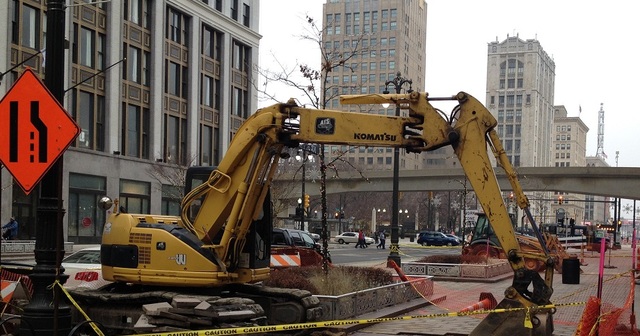 Why Not Double the Prevailing Wage?

Michigan’s prevailing wage law sets an arbitrary mandate for what public entities (like schools) have to pay for construction projects.

Top Republicans in Lansing rightly want to eliminate these mandates, as the Mackinac Center has recommended for years. This is estimated to save taxpayers more than $200 million per year.

Democrats disagree with the proposed changes.

"It's extremely disappointing that the first priority of Republicans is to lower wages and have people work for less," said House Minority Leader Tim Greimel, D-Auburn Hills. "It's just another example of Republicans' relentless push for cheap labor."

But if government can set an arbitrary rate that raises wages with no harm to taxpayers or public schools that have to pay for them, why doesn’t the state double the prevailing wage rate?

The reason is that there are real costs to Michigan’s prevailing wage policy. Because of it, taxpayers get fewer government services than they would otherwise. Eliminating this extra cost would mean taxpayers could get that new school and afford new laptops for students. Or taxpayers could finance a new city hall and fill hundreds of potholes.

Michigan residents don’t set arbitrary rates on what they are going to pay for projects they have done on their own homes. Schools and local governments shouldn’t be forced to either.