Legislators turn their backs on students 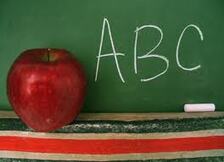 Last spring, the Michigan House passed a bill to gut a 2011 reform establishing a rigorous, empirical teacher rating system based on how students in an educator’s classroom actually perform on state tests. Related 2011 reforms raised the stakes by basing teacher “tenure” and other school employment decisions on these ratings.

Specifically, the House-passed 2014 legislation reduced actual student results on state tests to just 20 percent of a teacher’s rating, with the remainder based on local measurements whose “rigor may vary” according to the MichiganVotes.org description. The Senate went even further, essentially repealing the standards and punting to a system to be determined later. The House concurred with this approach and the repeal was signed into law by Gov. Rick Snyder last June.

The change represents a policy victory for politically powerful teacher unions who want to insulate their members from real accountability. The likely impact was explained in a recent Wall Street Journal op-ed by former New York state Superintendent of Schools Marc F. Bernstein describing the perverse outcomes of that state’s failed teacher rating system, the key feature of which is remarkably similar to the system approved by the Michigan House earlier this year. He writes:

“According to the New York State Education Department, state law requires that 60% of a teacher's rating be based on classroom observations and other measures agreed upon at the local level through collective bargaining with the union. Another 20% is based on student performance on grades 4-8 statewide math and reading tests or ‘locally determined student learning objectives.’ The remaining 20% is again based on ‘locally determined’ objective measures as bargained between school management and teachers unions.”

“School culture strongly frowns upon administrators rating teachers as less than satisfactory. Most elementary schools have fewer than three- or four-dozen teachers; they constitute a family with members supporting one another regardless of deficiencies. Fellow teachers are well aware when colleagues have personal issues that might diminish their effectiveness, and they expect administrators to compensate by being generous in their evaluations...Moreover, how can administrators explain to parents that their children have teachers rated ineffective but who remain in the classroom?”

And the former New York state schools chief reports that he wasn’t surprised by the perverse outcome this generated:

“New York recently released evaluations that rank 95% of the state's teachers as "highly effective" or "effective," 4% as "developing," and only 1% as "ineffective" for the 2012-13 school year. Never mind that more than half of the state's students in grades 4-8 weren't proficient in reading and math, according to statewide test scores.”

Disappointingly, many of the Michigan House and Senate members who voted this year to gut rigorous teacher rating standards are the same people who enacted them in 2011.

You can see exactly how each legislator voted in the links below.

2014 House Bill 5223 - Substitute "local" measures of student gains for state tests
Who Voted "Yes" and Who Voted "No" in the House (The Senate did not take up this bill.)

(VoteSpotter, the Mackinac Center’s new app, lets you track votes like these and give instant feedback to your legislators about how they voted.)