SEIU Under Investigation over Prop 4 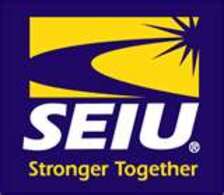 The Detroit News reported that the State Bureau of Elections began a formal investigation of the Service Employees International Union regarding its financing of a ballot proposal last year.

Proposal 4, which would have locked into the state constitution the skimming of millions of dollars each year from the caretakers of disabled people, was defeated by 14 percentage points.

Chad Livengood in The News reported:

The Freedom Fund alleges Home Care First was set up in March 2012 to pour $9.3 million into the ballot campaign and initially hide the SEIU’s involvement.

After months of putting money into a campaign committee, records show, Home Care First formed its own ballot committee a week before the Nov. 6 election and reported all of its money came from SEIU.

Michigan Capitol Confidential's Jack Spencer filed 70 stories documenting the dues skim from the beginning, including articles on the groups the SEIU set up to continue the money flow.

When the scheme finally ended, Spencer summarized what happened: "In an effort to increase dues paying members, the SEIU targeted the Medicaid checks of Michigan's home-based caregivers. A forced unionization, in 2005, was used to force the caregivers into the SEIU. Key elements of the scheme included a dummy employer, a stealth by-mail election, and avoiding any media attention."

This started with the help of officials employed in the administration of former Gov. Jennifer Granholm, and continued with the help of Sen. Roger Kahn, R-Saginaw. Over the lifetime of the scheme, the SEIU took nearly $35 million from people taking care of the sick and elderly in Michigan.