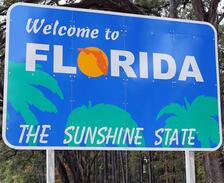 The Wall Street Journal reports that the part-time Florida Legislature has adjourned for the year without approving the Obamacare Medicaid expansion, which Gov. Rick Scott famously flip-flopped into supporting earlier this year.

Here's how the Journal's editorial described the outcome:

The nine Republican governors who decided earlier this year to pump some helium into the Obamacare balloon and expand Medicaid forgot about that saving grace of American politics: the separation of powers. On Friday, Florida became the latest state to reject the expansion, as Gov. Rick Scott failed to convince the GOP-controlled legislature to approve his Medicaid flip.

Republicans in the Florida Senate tried to hide that body's vote to approve the expansion behind a false-flag of "conservative reform," including "private insurance," cost sharing and "incentives for healthy living," but as Avik Roy explained in Forbes, that was either dishonest or delusional:

(The reform claims) will come as a surprise to the U.S. Department of Health and Human Services, which issued in March a memorandum clearly stating that anyone who takes federal dollars to cover the population slated for the Medicaid expansion would be governed by the Medicaid statute. 'Under all these [private insurance] arrangements,' wrote HHS, 'beneficiaries remain Medicaid beneficiaries and continue to be entitled to all [Medicaid] benefits and cost-sharing protections.'

Translation: Reform? Fuggedaboutit. The Florida House refused to go along with the ruse, killing the expansion by simply not bringing it up for a vote.

If there were any doubt about the chances making the Medicaid expansion contingent on reform, a recent HHS bait-and-switch denying an alternative proposed by Arkansas made clear that there will be no escape from the current program's dysfunctional structure and incentives.

The Wall Street Journal piece also shared new evidence about why state lawmakers should be wary of taking on this additional fiscal burden: "The Government Accountability Office reported last week that the average state 'fiscal gap' is 14.2% over the next 50 years, largely because of health care costs. That means states will need to raise taxes or cut spending or both by that amount — and that's before new Medicaid kicks in."

This is all very relevant to Michigan, because hints in the Lansing-insider newsletters and abundant rumors suggest our Republican-run Legislature may also try to hide an expansion approval vote behind a "reform" smokescreen.

Given the pressure lawmakers are under from special interests in the Hospital-Industrial Complex, whether they are in denial or trying to be sneaky with all the reform talk remains to be seen.