Aereo looking to expand into Michigan 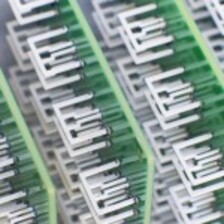 The next wave of television viewing, ironically, may more closely resemble the days of yore when home antennas dotted landscapes both urban and rural. Except this next generation antenna is no larger than a thumb drive that plugs conveniently into a tablet, smartphone or desktop computer.

New technologies have always displaced older technologies much to the chagrin of the latter’s proprietors. Now comes Aereo with a mini-antenna that allows the reception of free, over-the-air broadcasts to anyone with an Internet connection and $8 a month for a subscription fee. For the time being, Aereo services are available only in New York, but the company website promises expansion into 22 new markets, including Detroit.

This development has upset multichannel video programming delivery companies (the cable and satellite companies that bring television signals into homes) and television networks — unlikely bedfellows as the two have locked horns innumerable times in the recent past over retransmission consent fees. Both industries sued to block Aereo, but the Second U.S. Circuit Court of Appeals determined by a 2-1 vote on April 1 that Aereo violates no copyright or broadcast retransmission laws.

The case — WNET Thirteen v. Aereo Inc. — applies only to New York. Additional court challenges will more than likely occur in other states as Aereo expands into new markets.

While networks and multichannel video programming distributors (MVPD) battled fiercely and threatened innumerable television viewers with blackouts, Aereo quietly developed and implemented technology capable of pulling down transmissions from the sky for rebroadcast to subscribers’ tablets, phones and computers. Note that the company only rebroadcasts free transmissions. No Home Box Office, no Showtime, no premium cable. Just the basic CBS, PBS, NBC, ABC, Fox, Univision and CW networks that are already broadcast for free to television viewers nationwide.

According to Judge Christopher Droney, Second Circuit Court of Appeals:

It is beyond dispute that the transmission of a broadcast TV program received by an individual’s rooftop antenna to the TV in his living room is private, because only that individual can receive the transmission from that antenna, ensuring that the potential audience of that transmission is only one person. Plaintiffs have presented no reason why the result should be any different when that rooftop antenna is rented from Aereo and its signals transmitted over the internet: it remains the case that only one person can receive that antenna’s transmissions.

But that hasn’t prevented network executives from threatening to place their broadcasts behind a premium pay wall. On April 8, Fox’s Chase Carey joined the fray by declaring his network is among those considering switching to a pay-TV model.

Among the objections posed by the networks is the ability of Aereo subscribers to fast forward through commercials. This is much the same argument used against digital video recording and Dish's AutoHop technologies.

These challenges, however, seldom identify remote control mute buttons as a hindrance to commercial television viewing. If television networks desire that viewers sit through commercials, they might be better advised to alert advertising agencies to be more "must-see" creative in the campaigns they produce. Give viewers something to watch and talk about and perhaps they’ll watch the commercials as well as network programming.

In the meantime, innovative and creative technology is offering more choices for customers regardless how networks and MVPDs derive their income.

In a press statement, Chet Kanojia, Aereo CEO and founder, remarked that the Second Circuit Court of Appeals "again validates that Aereo's technology falls squarely within the law and that’s a great thing for consumers who want more choice and flexibility in how, when and where they can watch television."

Kanojia continued that the "ruling to uphold Judge Nathan's decision sends a powerful message that consumer access to free to air broadcast television is still meaningful in this country and that the promise and commitment made by the broadcasters to program in the public interest in exchange for the public’s spectrum, remains an important part of our American fabric."

Kanojia's point is valid. The American taxpayer owns the spectrum over which the networks broadcast their programming in the first place. Developing new and innovative technologies to capture broadcasts from public spectrum for delivery to mobile devices and computers is a boon to the U.S. consumer who chooses to either purchase the service or not.

Bruce Edward Walker is an editor-at-large with the Mackinac Center for Public Policy and the former managing editor of MichiganScience.