Last week, the Washington, D.C.-based Heritage Foundation released a report on the cost to each state of expanding Medicaid under the federal Affordable Care Act, also known as Obamacare. The study begins by stating:

The Medicaid expansion is touted by proponents of Obamacare as a “no-brainer.” While it is true that some states may see projected savings, it is erroneous to claim that this experience applies to every state.

In particular, Heritage found that the Medicaid expansion “would cost Michigan taxpayers $1.3 billion through 2022.” The following chart shows the annual costs. 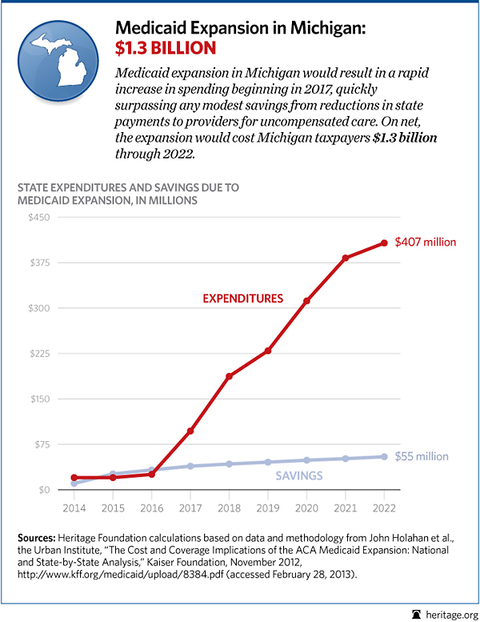