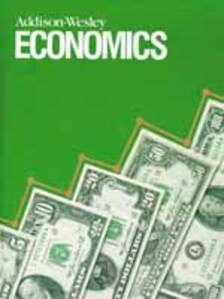 This book utterly fails to help develop the student’s ability to think like an economist. Too much of the material is descriptive, not analytical. The student is simply told about many things without being shown how economists apply their method of analysis to understand costs and benefits. Moreover, the book leaves many doubtful if not clearly mistaken impressions by giving only one view of important policy issues. For example, the authors describe several government programs that are intended to alleviate poverty, but they fail to analyze them for their actual effects. Social Security has well-known perverse economic effects on rich and poor alike, but these are not mentioned. The text also repeats the mistaken notion that the employer pays half of the Social Security tax. Other programs—public assistance, unemployment insurance, job training—are treated the same way: description, but no analysis. Students are led to believe that if a program has good intentions, that is enough; it doesn’t matter whether they generate poor or counterproductive results.