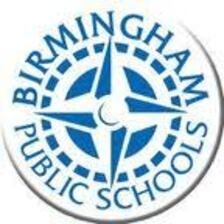 Birmingham is the latest district to participate in Michigan's Schools of Choice program. But, according to school board members and Superintendent Daniel Nerad, the move isn't really about letting students who don't live in Birmingham attend a better school — it's about money.

As Nerad put it during Tuesday's board meeting, "This proposal should not be viewed as a public policy recommendation in favor of Schools of Choice. If it didn't have the possibility of helping the district's budget situation, this would not be before you."

The state of Michigan provides incentive money to school districts that adopt seven of the state's eight "best practices." One is to participate in Schools of Choice, by allowing students who do not live in the district to attend. State funding follows nonresident students to the district, meaning that those students are not, as some allege, free-riding.

With that small move, Birmingham will now meet seven of the state's best practices. The district will receive $430,000 in state incentive money for the change, in addition to the state foundation allowance money tied to each nonresident student.

The difference is, these six students will not have to pay tuition on top of the state and federal money the district will receive for educating them. For that privilege, the six students can only attend the district's alternative school, and for just two years.

Other districts have also contorted the state's best practices incentives to extract the most money for educating the fewest students:

It is unfortunate to see public school officials, whose mission should be to provide the best education possible for students, act in this manner.

As some advocate against education reform legislation by alleging that it will increase segregation in Michigan public schools, others, like Birmingham, are using the artificial relationship between between home values and school quality to keep potentially lower-income students out.