The Intellectual Firepower Against Right-to-Work

Who's who on right-to-work 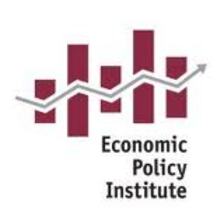 Many opponents of a Michigan right-to-work law cite figures generated by a union-funded entity called the “Economic Policy Institute.”

EPI President Lawrence Mishel is a "longtime member of the Democratic Socialists of America," according to an article posted on that organization’s website (go to page 15).

Also, unions are heavily represented on EPI’s board of directors, including the presidents of the SEIU, AFSCME, the machinists union, the communications workers union; the food and commercial workers union; UAW President Bob King; AFL-CIO President Richard Trumka and others.

Most of these unions' money comes from dues and fees involuntarily extracted from workers' paychecks as a condition of employment. The right-to-work law in Michigan prohibits unions from taking money from workers who do not wish to contribute.

Much of the research being cited by supporters of the right-to-work law in Michigan has been produced (or made readily accessible) by the Mackinac Center for Public Policy, a state think tank whose leaders and scholars generally agree that free-market capitalism is the best path to prosperity. The Center is funded by individuals, business owners and foundations. The Mackinac Center has never accepted any government funding.