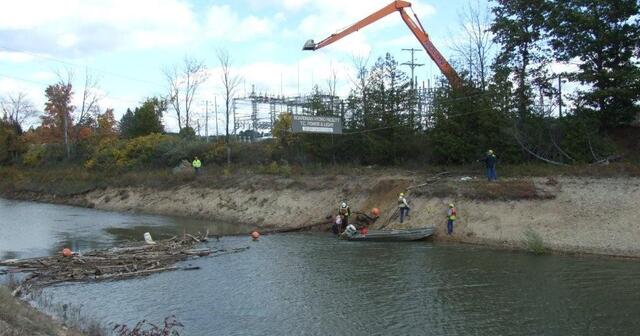 Homeowners are angry about a breach that caused extensive flooding and property damage to homes in the area.

The meeting was called by the dam-removal Implementation Team to answer concerns related to the Oct. 6 breach at Brown Bridge Dam that damaged an estimated 53 homes. The cause for the breach is under investigation, but it is known that a temporary dewatering structure deployed to remove the water above the dam over a two-week period instead discharged the water over the course of six hours, raising the water level beneath the dam five feet.

Resident concerns ranged from homeowners frustrated by the handling of insurance claims to individuals opposed to the removal of the dams in the first place.

The former assert their damaged households should be assessed in a fair and timelier fashion by insurance adjusters. Residents David and Pam Hoyt, for example, lost both their furnace and hot-water heater due to flooding.

The Hoyts estimate their $350,000 home incurred between $25,000 and $30,000 of flooding damage. The couple say they resent that damages are being assessed at depreciated values, forcing them to pay out-of-pocket for the difference of replacing the appliances.

"You might've noticed that we've already experienced sub-freezing temperatures," David Hoyt said. "It seems we're being backed into a corner where we have to sign-off on anything the insurance agents offer us simply so we can heat our homes and take a hot shower."

Others, including many who own waterfront property on the dam impoundments, claim removal of the dams violates their private-property rights by significantly drawing down the water to a free-flowing river. They further say that the drawdown places at-risk the ecosystems that have developed between the dams over the past century, and that the breach potentially moved sedimentary toxins downriver.

Advocates of the dams' removal say the project will result in a free-flowing river that will present more recreational opportunities for county residents and visiting tourists, including fly fishing, kayaking, canoeing on the river and hiking and picnicking along the proposed riverside trails.

Officials said the breach will not deter them from proceeding with the removal of the Brown River Dam as well as the Boardman and Sabin dams.

"To give answers such as 'the cause of the Brown Bridge failure was a mystery’ clearly explains the competency of the team handling this project,” said Mahinda Samarasinghe, a retired civil engineer. "They went on to explain that more investigations are needed to find out the cause. They continue to show their ignorance and the incompetency while an expert dams engineer with 45 years experience, clearly explained the very likely cause of failure in a Traverse City Record-Eagle article on Nov. 4, in which he pointed out the blunder of driving sheet-piles in close proximity to the earthen embankment as the very likely cause of failure.”

An Implementation Team email sent the day after the contentious public meeting stated: "The IT remains committed to the openness, active collaboration and communication that is the foundation of the Boardman River Dams Project. Please be assured that we are listening, and that we will be responding to these issues in follow up communications."

The email said the Implementation Team would continue to study the "processing of damage claims and dissatisfaction with the timing and level of insurance payments;" address "questions/concerns regarding exposure to sediment in the spoil areas and downstream of the dam" and river turbidity; study the "potential for flooding as related to the removal of the dams on the Boardman River;" monitor "fish health;" and continue its "engineering investigation into the cause of the abrupt release of water on Oct. 6."

Government Internet in Traverse City: Behind Schedule, Over Budget and Missing Projections