An Open Letter to Local Officials 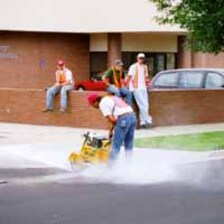 Just 10 years ago, the word "privatization" had not yet found its way into the American lexicon. Today, it’s almost a household word. Privatization is helping municipal officials and governments across the state of Michigan and the nation.

In 1996, Saginaw city officials handed control of the city’s zoo to a private, non-profit organization and began phasing out its subsidies. Since then the zoo has seen its budget increase from $231,651 to $600,000; its patronage climb; its collection of animals increase by 80%, and its staff more than double.

In 1997, the city of Portage hired Earth Tech, a private, for-profit firm, to manage its water and sewer treatment plant. At the end of the contract’s first year the city reported savings of $785,000, more than 31% higher than the city’s goal of $600,000. Earth Tech is reported to have improved services, too, by more than doubling the miles of street curbs swept of refuse that might otherwise end up in the city sewer system.

In 1993, Pontiac converted its public hospital into a private nonprofit. The conversion has resulted in an expansion of health-care services and an annual payment to the city from the hospital of $1 million plus $50,000 for lease of the land on which the hospital is located.

The bedroom community of Pleasant Ridge (population 2,700) contracted with City Municipal Services (CMS) to handle duties previously performed by city public works employees. Between July 1996 and the fall of 1997 CMS was able to save Pleasant Ridge 22% over its previous budget. CMS also purchased some of the city’s Department of Public Works equipment for $120,000.

Taxpayers in Indianapolis, Indiana, have saved over $550 million since 1991, when local officials began encouraging city employees to bid against private firms to win the right to provide services to city residents.

These are just a few examples. There are countless others.

Privatization presents a golden opportunity to improve a municipality’s services and reduce costs. But it shouldn’t be employed only when a unit of government’s fiscal back is up against the proverbial wall–as it often is. Privatizing some asset or service out of desperation for revenue or savings is dangerous because it is difficult to handle complex privatization transactions at a harried pace. Mistakes can be made when changes get rushed.

The time to privatize is when the good times roll. That time is now. After all, recessions happen. There have been nine of them since World War II. The best way to ease the pinch of the next one is to plan accordingly. Privatization may help reduce the cost of operating your unit and help avoid a tax increase to cover a revenue loss resulting from a recession.

Transitioning into a new, private-sector job from the public sector is easier for employees if there are plenty of jobs around. Michigan’s seasonally adjusted unemployment rate stood at a mere 4.0% in February. Private-sector employers are screaming for good workers and would gladly hire those municipal employees who may be displaced by privatization.

The most successful privatization occurs when its political champions–at any level of government–do their homework. Careful planning takes time. Right now, tax revenue is high because the economy is good. But what happens when the economy heads south? Paying the bills of local govRRnment gets harder because revenue drops. That makes now the perfect time to begin examining privatization opportunities.

Local government privatization is as important–perhaps more so–than privatization at the state level. Why? There are 83 counties, 273 cities, 1,242 townships, and 273 villages in the state of Michigan. According to 1995 census figures, these units of government operate with revenue exceeding $26 billion annually. Savings of just 10% across-the-board could effectively mean either a) $2.6 billion in local tax cuts or b) $2.6 billion that need not be taken from the taxpayers to cover revenue shortfalls when the economy slips into recession.

To put things in a financial perspective, the 1999 value of John Engler’s 25 tax cuts (put in place over eight-plus years), is $2.35 billion. This figure does not include offsetting gas tax and fee increases. In 1999, the Engler gas tax hike is expected to raise $191 million.

For those forward-looking local leaders concerned about the fiscal health of their respective communities–during recessions and boom times alike –privatization offers an incredible opportunity. 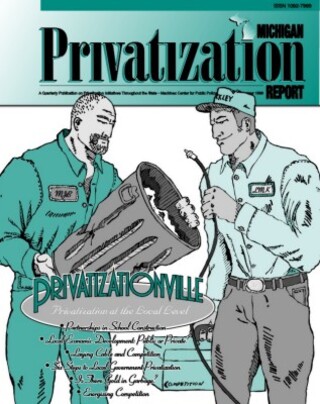