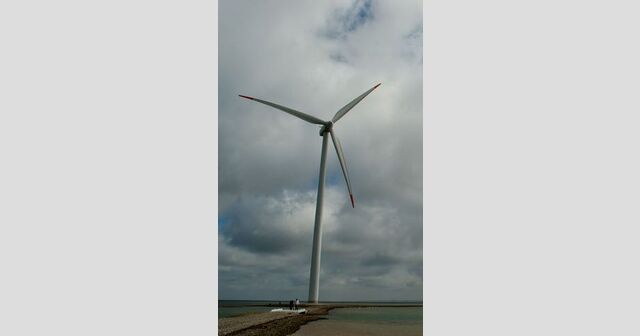 It is clear who supports and who opposes many of the statewide ballot issues voters will face in November. But supporters for Proposal 3 are a little harder to track.

The state's electric utilities are against the renewable energy mandate, with DTE Energy and Consumers Energy being the biggest contributors to the Clean Affordable Renewable Energy for Michigan Coalition. Gov. Rick Snyder and the Michigan Chamber of Commerce also oppose Proposal 3, which would create a constitutional amendment that would mandate that the state's electric utility companies provide 25 percent of their electricity from renewable sources by 2025.

Much of the support for the renewable energy mandate is from outside Michigan and harder to specifically identify.

A California hedge fund billionaire is one of the biggest contributors to the out-of-state big-money "green" energy interests that have in turn pumped most of the money into the campaign supporting Proposal 3.

Tom Steyer founded and co-manages the $21 billion Farallon Capital Management LLC in San Francisco, one of the largest hedge fund companies in the country. His net worth has been estimated at $1.3 billion. Steyer is a major player in the so-called green energy industry and has spent tens of millions supporting it.

In 2009, Steyer contributed $40 million to create the TomKat Center for Sustainable Energy at Stanford University.

Steyer's TomKat Charity Trust has donated at least $1 million to The Energy Foundation, a San Francisco based charitable-organization. Two direct $500,000 donations were made in 2009 and 2010.

Steyer also co-founded the nonprofit Advanced Energy Economy (AEE) with venture capitalist Hermant Taneja in 2011. Taneja works with six alternative energy-related companies at his firm, General Catalyst. Among them is Frontier Renewable Resources, which is based in Kinross.

The main project in Michigan for Frontier Renewable Resources was supposed to be a plant in the Upper Peninsula that converts biomass to ethanol. That plant has received at least $120 million in taxpayer money and was supposed to be up and running with 70 jobs by now. However, the plant has yet to be built and the company employs only three workers.

Steyer sits on the board of directors of Advanced Energy Economy Institute, another nonprofit. Among the partners of the AEE Institute is Astraeus Wind Energy, based in Eaton Rapids.

Astraeus has received $7 million in federal grants and a loan of $1.54 million from the state while creating only 11 jobs.

Steyer's office did not respond to repeated requests for comment.

But Steve Linder, chief executive of Sterling Corp., a Republican communications firm that supports Proposal 3, did, and said he supports the mandate because he thinks it will be good for the state's economy.

"Look, I'm a conservative," he said. "I'm the CEO of a right of center conservative firm. We support this proposal because we believe it will stimulate innovation and diversification of the economy. We believe in free markets. This proposal would not be needed if the energy market in Michigan wasn't in the hands of monopolies."

The monopolies Linder is referring to are the main energy providers in the state who agreed to a 10 percent renewable energy mandate in 2008 in exchange for a cap on competition. The state's electric utility companies have given about $5.85 million to the effort to stop the 25 percent mandate.

"We need this proposal to make sure the monopolies do business with those who produce other energy sources," Linder said.

And what about Tom Steyer?

"Tom Steyer is not on our finance report," Linder said. "Nobody should be trying to create a story about some sort of conspiracy where none exists. There are a lot of groups that are interested in all kinds of issues. They have the right to give their support anywhere."

Mackinac Center for Public Policy President Joseph G. Lehman said the ballot initiatives should come down to whether or not they promote good public policy, rather than who funds them.

But who the groups are and whether they disclose their donors can be important, he said.

"Voters will take that all into account along with the quality of a campaign's arguments and research," Lehman said.

Prop 3 will be costly to taxpayers if passed, according to a study by the Mackinac Center and The Beacon Hill Institute. If passed, Michigan will have 10,450 fewer jobs in 2025. The proposal also will lower disposable income in Michigan by $1.42 billion; reduce net investment in the state by $147 million and impose net costs on the Michigan economy of $2.55 billion.