Commentary: A Different Kind of 'Waste' 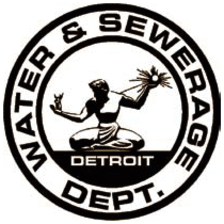 There’s something rotten in the state of Detroit Water and Sewage Department operations.

A new report by the independent firm EMA out of St. Paul, Minn., shows massive overspending and recommends that four out of every five jobs be outsourced or eliminated.

Stephen Henderson, editorial page editor at the Detroit Free Press, observes that this entity has become a jobs program run for the benefit of its employees, not taxpayers and water consumers:

For years, hundreds of thousands of metro Detroiters have been paying millions of dollars for what they thought was water.

Instead, they were funding jobs at the Detroit Water and Sewage Department — jobs with limited relevance to core services. Jobs with such narrow descriptions that they required two or more people to do one person's work. Jobs that just didn't have to exist.

The Free Press in a separate article noted that EMA found 257 different job classifications in the department, including "horseshoer."

Henderson explains that he is from a union household and supports collective bargaining for government employees, but cases like this are damaging to those interests.

"It reinforces the notion that unions protect work and jobs at the expense of customers and service. It suggests that collective bargaining turns government into a provider of jobs instead of public services," he wrote.

Government employee unions fund the campaigns and get-out-the-vote drives of favored politicians. When elected, those politicians deliver lucrative benefits and privileges for unions and their members; the union receives mandatory dues (read: more taxpayer money) from government employees, and the cycle starts all over again.

Of course sometimes a principled politician (or just one who has been mugged by fiscal reality) pushes back against this system and presses for reforms. But it’s no coincidence that the cities in the worst financial trouble have the strongest unions and the politicians least likely to stand up to them.

As long as government collective bargaining privileges are allowed to keep tilting the scale against taxpayers and in favor or unions, the corrupt cycle will continue.