Are You Prepared for 'Taxmageddon'?

A new report issued by the Heritage Foundation quantifies the impact by state and congressional district of the widely-heralded “Taxmageddon.” Absent any change in the law, it will deliver the full body slam of a $494 billion tax hike to the U.S. economy on Jan. 1, 2013. 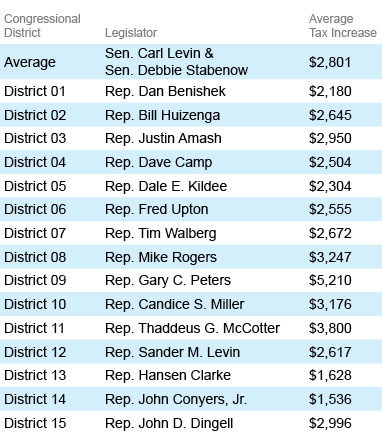 Worse, this is just for 2013. Heritage estimated in an earlier piece that, as Obamacare kicks in, that legislation will add another $502 billion in additional taxes over 10 years.

How all of this will play out is anyone’s guess, but at this moment "Taxmageddon" remains on the books as the law of the land.

Americans nervous about their jobs, investors, small business owners and other job providers can only hope that Washington comes to its senses before the reality of upcoming higher taxes tips this nation into a full-blown recession.