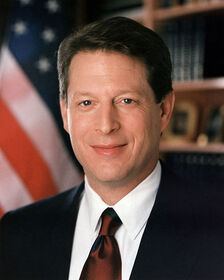 Al Gore was in Detroit recently to proclaim that he has acquired profound knowledge that all things related to the Great Lakes are the result of man caused global warming. Speaking to 500 of the faithful at Wayne State University, the former vice president did not limit his remarks to the Great Lakes, but also blamed recent weather-related disasters around the world on global warming. According to a report in the Detroit Free Press, Gore is convinced that weather-related events from downpours in Pakistan and Columbia to wildfires in Australia and drought in Texas are evidence of the looming climate crisis.

It is little wonder that Americans have become increasingly skeptical of the claims of these alarmists, who see an evil CO2 connection to every naturally occurring weather phenomenon. The fact is that we still do not fully understand the multitude of complex atmospheric interactions that drive global climate. Global climate models are of limited value as they require a myriad of assumptions that greatly affects their predictions. Blaming low Great Lakes water levels on global warming ignores the fact that Great Lakes water levels have been fluctuating in cycles for as long as we have been keeping records.

Americans are rightly skeptical about the claim that the science of global warming is settled. Making such claim ignores the basic principal that science is a process of discovery and is never settled. Global warming rhetoric has become less about science and more about political ideology. Making energy policy on political ideology is a serious mistake, especially in a world teetering on the brink of economic collapse. Any discerning individual touring Detroit would quickly come to the conclusion that global warming is the least of the city’s problem.