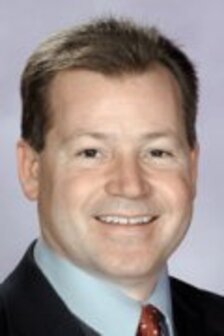 Richardville made his comments Friday while on WKAR's "Off The Record."

Richardville said teachers wouldn't be forced to join unions, such as the Michigan Education Association, under a right-to-teach law.

“They would have to recruit,” Richardville said.

Richardville also said he didn’t support right-to-work for the entire state, saying he didn’t think it would “transition the economy.”

Amber McCann, Richardville’s spokeswoman, said he was in favor of right-to-work for teachers because teachers unions haven’t dealt with the financial problems districts are facing.

Richardville said any plans to implement right-to-teach was not about taking on the MEA.

“I don’t think taking on any union has anything to do with what our agenda is,” Richardville said.

Detroit Federation of Teachers President Keith Johnson called Richardville’s comments “another example of this relentless assault on public education and public educators and teachers’ unions that is completely unwarranted.”

Johnson said it was part of the GOP’s strategy to privatize teachers and eliminate the teacher protections unions provide.

“It’s just a further example of people looking for someone to vilify and right now it is teachers and teachers’ unions,” Johnson said.

“Randy Richardville deserves credit for recognizing the damage that forced unionism has done to public schools. Teachers obviously deserve better than to be forced to pay for a representative that doesn’t necessarily represent their views on education or politics,” Kersey said in an email. “As professionals practicing a difficult craft, teachers have an especially compelling case for being freed from the unjustified burden of forced union support. But even if this bill is enacted, we will still have hundreds of thousands of Michigan workers, both in government and in the private sector, who are forced to pay for unions that they do not support and that in many cases serve them poorly. This law will not affect any private-sector workers and will do little to attract private companies to Michigan. This is a huge step in the right direction. We hope that the Legislature will go further.”

Michigan Teacher Union vs. Success of Right-to-Work in N.C. and Oklahoma