Health care employees at facilities in Muskegon and Saginaw say they're tired of self-interested union bureaucrats. The disenchanted workers are trying to leave the Service Employees International Union (SEIU), but say they have obstacles to overcome.

In March, workers at the Mercy Health Partners Hackley Campus in Muskegon and the Luther Manor skilled nursing facility in Saginaw filed petitions with the National Labor Relations Board for a chance to vote themselves out of the SEIU Michigan Healthcare union. Their goal is to switch to the National Union of Healthcare Workers. 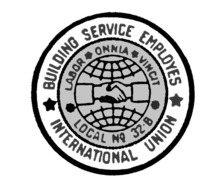 Workers at the Saginaw facility are scheduled to vote Sept. 23. No vote has been scheduled yet for the Muskegon workers.

“We filed with the labor board in March and it usually takes about 45 days for the election to take place,” said Hasan Zahdeh, a cardiovascular interventional technologist at the Muskegon facility and spokesman for the employees. “But SEIU keeps filing charges and finding ways to delay the election.”

The health care workers claim that their SEIU representatives dragged their feet on negotiations for months after contracts expired, failed to enforce existing contracts and wouldn't even bother returning phone calls when members complained. They also argue that when the SEIU negotiators finally arrived at the bargaining table they got substandard results.

The SEIU Michigan Healthcare union was offered a chance to add its comments to this article. There was no response to the offer.

“Our experience with the leaders of SEIU Michigan Heathcare is that they seem to only be interested in collecting dues from us,” Zahdeh said. “They make backdoor deals with the employer and generally haven't represented the workers. We tried filing internal complaints and got nowhere. Finally we just said 'enough is enough.'”

SEIU Michigan Healthcare is currently the state's largest local health care union, with 55,000 members. The elections to break away would involve fewer than 200 workers. If the workers successfully split from SEIU, however, then it could be a significant foothold for the NUHW in Michigan. For the SEIU it would be a defeat and possibly a harbinger of other break-away elections to come.

According to the NUHW, corruption has been the legacy of how the SEIU operates in Michigan. Former SEIU Healthcare Michigan President Rickman Jackson was forced out of office on Oct. 15, 2008. The story, which was covered by the Los Angeles Times, apparently fell below the news media radar screens in Michigan.

“I couldn't believe that story wasn't covered here in Michigan,” said Zahdeh, a former SEIU chief steward. “It really was a huge story, but I couldn't find any news coverage of it anywhere around here. I'm glad to finally find someone who's willing to pay attention to what's going on here.”

The current infighting between the labor unions includes accusations that Jackson's replacement, Marge Faville, is following in his footsteps with a $163,000 salary, a $47,000 union-provided SUV, and ways of getting union dollars into the pockets of her relatives. The tone set for the elections has been anything but friendly.

“We've seen their (SEIU's) financial reports,” Zahdeh said. “Here's a union with 55,000 members that only spends $8,800 on bargaining but runs up a $5,420 bill at a pizza place two blocks from Faville's apartment. By the way, we the members were also paying for her apartment. Then there's all the nepotism. It's unbelievable.”

Former Michigan Gov. Jennifer Granholm appointed Faville to the Michigan Occupational Health Standards Commission in 2004. Gov. Granholm was also on hand for the festivities when SEIU Healthcare Michigan officially came into being on Aug. 17, 2008.

According to its website, NUHW was started in 2009 in California by rank and file health care workers after SEIU cut deals in Washington, D.C., that the workers claimed had undermined their rights and compromised patient care. NUHW describes itself as a new, democratic union, with workers in control.

Meanwhile, SEIU Michigan Healthcare has been advertising for a new union organizer.

‘My House Was Placed in a Union!’ - Legislation to halt ‘stealth unionization’ takes a step toward the governor’s desk

E-mails Reveal Child Care Union All About the Money

The Union, Not Day Care Providers, Is Getting the 'Pay Cut'

Stealth Unionization Plot Survives Another Attempt to Kill It