Box Office Bombs: Made in Michigan 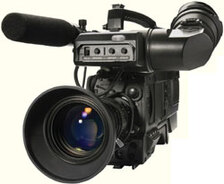 "The Genesis Code," a film shot in Michigan, received about a dozen local newspaper stories during the two years of filming and its theatrical release. The film received a lot of media attention because it was filmed in west Michigan.

The audience reaction was much more restrained: The movie made just $20,300 at the box office after its Feb. 18, 2011, release. However, Michigan taxpayers are on the hook for $1.74 million in the form of a tax subsidy reimbursement to help offset the $4.5 million that filmmakers spent in the state while shooting. 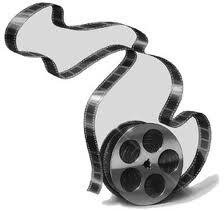 A review of the movies awarded $1 million or more in tax subsidies listed in the 2009 Michigan Film Office annual report found that six of those seven movies received more in subsidies than they made up at the box office in U.S. theaters.

“At least when it is left to the market, you are not forced to subsidize a film you would otherwise avoid at all cost,” said Michael LaFaive, director of the Mackinac Center's Morey Fiscal Policy Initiative and a long-time critic of the film incentive program.

The movie "Vanishing on 7th Street," starring Hayden Christensen, is a horror movie about an unexplained blackout that hits the city of Detroit. By morning, only a few people survive. It was released Feb. 18, 2011, and made just $22,729 during the 28 days it was in U.S. theaters, according to the website BoxOfficeMojo.com. It did make another $1 million in foreign box office. The state gave it a $2.65 million subsidy.

The movie “Trust” was directed by former “Friends” star David Schwimmer and starred Clive Owen. The movie is about a teenage girl who is stalked by an online predator. It was filmed in the Ann Arbor, Plymouth and Dexter areas. It opened April 1, 2011, and made $120,014 in U.S. theaters. The movie received $3 million from Michigan taxpayers.

The movie “Conviction” told the story of Betty Ann Waters’ efforts to get her wrongly convicted brother out of prison. It starred Hilary Swank and was filmed in Ann Arbor, Ypsilanti and the Southern Michigan Correctional Facility. It made $6.7 million in U.S. theaters, exceeding its $4.2 million subsidy. The film also made $2.9 million in foreign theaters.

Other moviemakers may have been able to use state subsidies to help cushion the bottom line for their low-grossing films.

On the Michigan Film Office website, writer/director Jonathon Hensleigh mentioned Michigan’s film rebate when he discussed why the movie “Kill the Irishman” was made in Detroit instead of Cleveland, where the film’s main character Danny Greene really lived.

The movie reportedly had a $12 million budget. According to the 2009 film office report, the moviemakers spent just over $7 million in Michigan and received a roughly $3 million subsidy. Michigan’s film rebate pays up to 42 percent of filmmakers’ expenses for costs incurred while in Michigan.

Ohio’s subsidy offers 25 to 35 percent, meaning that if the “Kill the Irishman” crew had spent as much in Ohio as they did in Michigan, they could have received $500,000 to $1.25 million less than what they did from Michigan taxpayers.

While there was no limit on the film subsidy program in past years, and thus on the cost that could be incurred by Michigan taxpayers, Gov. Rick Snyder and the Legislature recently capped the program at $25 million total for all films for the coming fiscal year. This is roughly one-fourth of the estimated spending on film subsidies for 2010.

Several of the $1 million-plus subsidy films have yet to be released or are otherwise difficult to track the success of.

For example, the movie “Alleged” was filmed in Flint. It is about the Scopes Monkey Trial. There were more than a half-dozen newspaper stories written about the movie. It received a $1.19 million subsidy.

But despite the media coverage, nobody will see it in a theater. Tracy Balsz, a spokesman for IndieMarketing, said the movie will go straight to DVD in late 2011 or early 2012.

Cap the Film Incentives and Kill the Film Industry in Michigan? Not Yet