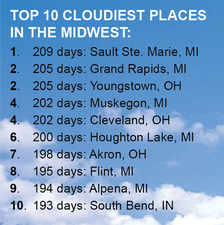 MOST OF US know someone who has a second home or spends a significant amount of time in a warm-weather state during the winter. What do they have that many of us don’t? Aside from a really nice condo in Naples, they have more sunshine to brag about.

Several Michigan cities are on the list of the 10 cloudiest in the Midwest. There are meteorological reasons for this, but there are also side effects that may affect everything from your attitude and mood to your health. 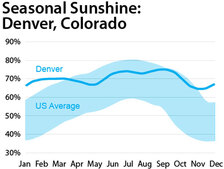 The snowbelt that is centered in North America lies downwind of the Great Lakes. Along with snow, this area also gets more cloudiness in the cold weather months.

Even though Lake Erie may eventually freeze over during the winter, the rest of the Great Lakes freeze over slowly, if ever. This allows cold air to whistle across the relatively “warm water” of the big lakes, pick up moisture from the open lake water and drop large quantities of lake effect snow along Michigan’s coastlines.

When the cold, dry air sweeps across the lakes, large amounts of heat are released into the atmosphere. This process causes an unstable lower atmosphere and helps to stimulate condensation, clouds and precipitation over the lakes and downwind where many of us live.

Clouds carry the moisture, and often these clouds are slow to break once they have set up in the lee of the lakes. In winter, the number of cloudy days downwind of Lake Michigan is more than double that of a Michigan summer.

In addition to winter cloudiness, many cities near the big lakes get a “bonus” at the beginning and end of each winter season as fog forms over the lakes in late fall and early spring. This fog often drifts downwind and remains in place as a low cloud deck. Fog is a ground-based cloud, and it is hard to tell the difference sometimes between it and other low stratus clouds.

According to the National Climatic Data Center, Grand Rapids is one of the cloudiest cities in Michigan and in the Midwest, during winter months.

Clouds can influence high and low temperatures. If the lake effect clouds hang around for days, cooling at night may be less dramatic than on clear nights. Daytime high temperatures are affected as well.

Often, the lakes provide a buffer from the coldest arctic air as it moves across them.

All of these factors can give local forecasters fits. We try to use computer models, intuition and historical knowledge called climatology to forecast the effects of lake effect clouds on any given period of time. Often, the clouds don’t break as scheduled and the forecast is off.

Back to the snowbirds for a moment. They are likely each year to travel south or southwest. It may be snow that scares them off, but even if they don’t verbalize it, they may be seeking more sunshine and its effects on their health.

I heard Dr. Oz on his television show say that all of us in the northern United States should be exposed to more sunshine on a daily basis. He went on to say that even in the winter months, we should go out to a park bench, roll up our sleeves and pant legs and be exposed to the sun for several minutes per week. Where I live in southeast Michigan, the middle of winter sunshine rarely gets a glimpse of my dry legs. But the point is important. There are many among us who suffer from Seasonal Affective Disorder and get blue from the lack of bright sky, and others who just want to see the sun. I have heard more than a few friends say that they could tolerate a Michigan winter better if they could see the sun more often.

To see more sunshine, we may have to travel. In my case, as an instrument-rated pilot, I have been known to take a “mental health flight,” which is a day when I would travel up, not over. I would fly up though the clouds just to get a glimpse of the sun and blue sky.

But, if you want to travel for the winter, the graph at the top of this article is interesting. This graph represents the amount of monthly sunshine in Denver, Colo. Notice that even as you get into a Denver winter, the monthly sunshine doesn’t change as dramatically as it does in many Michigan cities.

If you want sunshine but still love winter, Denver is the place to visit. It gets cold and has plenty of snow, but the blue sky and sunshine are a big bonus.

The sunshine prescription given by Dr. Oz may hold more benefit than a mood-enhancing device.

After two years of research, a recent study released by the Institute of Medicine indicates that most of us are getting enough vitamin D from the sun and other nutritional sources. Vitamin D is important in bone health and may help prevent diseases like cancer, heart disease, diabetes and more.

While the study indicates that vitamin D supplements may not be needed, many doctors disagree. Even my own personal physician suggests that many of us should take a few thousand international units per day of vitamin D.

He suggests that a Michigan winter is further reason to supplement with higher doses of the vitamin than conventional wisdom suggests.

Regardless of where you or you doctor stand, sunshine is needed by all of us in Michigan during the winter. I have adopted the “if you can’t beat ‘em, join ‘em” philosophy. I try to make winter fun. I own some high-tech snowshoes and cross-country skis. And, the most fun of all is my two Siberian Huskies.

They can’t take me to the sunshine, but they sure do brighten my day! 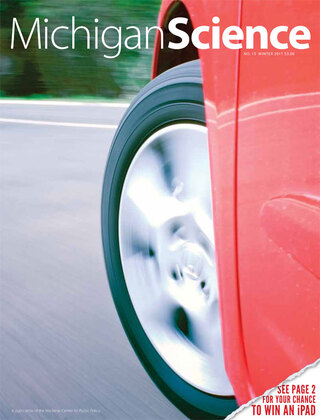