It's not really alive. That's why it's so hard to kill. 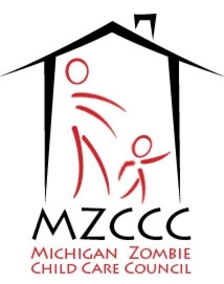 There are all kinds of zombies that have turned up in horror movies. Sometimes they’re highly intelligent and move fast, sometimes they’re stupid, shuffling things. But they all have one thing in common: they’re really tough to finish off. In fact, you can pretty much figure there will be some point in the movie where you think they're gone, but it turns out there’s still one of them that’s, well, not exactly alive, but still a threat. That’s how it goes with the undead.

Reps. Dave Agema, R-Grandville, and Dudley Spade, D-Tipton, can hardly be blamed for thinking that, by defunding the Michigan Home-Based Child Care Council, (MHBCCC) they had effectively shut down that agency and in the process liberated home-based child care providers across the state from the absurd burdens of unionization. These child care providers, who in reality run small businesses out of their own homes, have been corralled into a “union” known as Child Care Providers Together Michigan, (CCPTM) which in turn is run jointly by AFSCME and the UAW.

Zombies are hard to kill because, strictly speaking, they aren’t really alive. By the same token, MHBCCC is going to be hard to kill because for a government agency it doesn’t really do a whole lot of governing. It never was much more than a shell entity, designed to engage in sham collective bargaining and maybe confuse child care providers into ignoring the entire union business until it was too late.

Technically, MHBCCC serves as the “employer” for home-based child care providers who serve families that receive state child-care subsidies. But MHBCCC doesn’t actually do any of the work that an employer has to do: it doesn’t hire the child care providers, that’s taken care of by the parents, who choose the provider based on their own preferences. It doesn’t supervise their work, that’s done by the Department of Human Services, which develops the regulations and investigates violations. It doesn’t even write the paychecks, that’s up to DHS, too.

There really is only one thing that MHBCCC and the union have to haggle over: how much the union gets in union dues. Having settled on a figure of about $3.7 million per year, the task of collective bargaining is pretty much done.

There is one other purpose that MHBCCC might have served, and that is confusing the heck out of child care providers, so that they didn’t recognize the significance of the union certification ballots they received back in the fall of 2006. MHBCCC itself only came into being in July of that same year, the product of an agreement between DHS and Mott Community College. Home-based child care providers, used to dealing with DHS more or less directly, might not have realized that the MHBCC was supposed to be their employer.

As it was, only 6,000 out of 40,000 child-care providers returned ballots. The majority of those who voted were in favor of unionization, but if more providers had known who MHBCCC was, and realized the importance of what was in the envelope, the results might have been very different.

After befuddling child care providers and agreeing to the union’s cut out of state child care subsidies, MHBCCC’s work was pretty much done. Defunding the agency didn’t kill it because it does no real work and hence needs no funds to function. Ordinarily a government program will perish when it is defunded, but this isn’t a normal, living agency we are dealing with here. Much like the living dead, the Michigan Zombie Child Care Council cannot be eliminated by ordinary means.