The General Benefits of Electricity Deregulation

Just as deregulation and competition in other industries have resulted in improved safety and reliablity, so too will electricity markets benefit when liberalization occurs.

Michigan’s electricity consumers stand to benefit in many important ways once customer choice and free markets are substituted for the old command-and-control methods of the regulated monopoly model. Just as consumers, shareholders, and industry have benefited greatly from deregulatory initiatives in the fields of aviation, natural gas, telecommunications, and transportation, deregulation of the electricity marketplace promises to reap similar rich rewards. 3  For example, deregulation will

• create a level playing field for future industry rivalry and competition by ensuring that all companies have an equal chance to provide service to electricity consumers. Regulators will no longer be allowed to determine which firms will be given the privilege to serve consumers via exclusive franchising arrangements and other barriers to entry. Furthermore, regulators will no longer be allowed to ensure incumbent firms have their turf protected via generous returns on their investment which are guaranteed by regulatory fiat. In other words, deregulation means consumers, not regulators, will now be calling the shots in the electricity market. Jonathan Marshall, an economics and energy reporter for the San Francisco Chronicle, notes that the future looks bright for competition since, "High-voltage transmission lines, veritable electron superhighways, carry power thousands of miles with low losses, expanding the scope of regional markets. With more computer power and intelligent metering, nothing stands in the way of extending retail competition down to the household level." 4

• lower prices for residential consumers by empowering them to choose their electricity supplier. The current regulatory system forces consumers to pay artificially high prices for service. Although there has been a steady decline in the cost of electricity over the past decade, it does not mean prices cannot fall even further. A recent study by Clemson University professors Michael T. Maloney, Robert E. McCormick, and Robert D. Sauer for the Washington, D.C.-based Citizens for a Sound Economy revealed that in the long run the average monthly electricity bill for a typical residential customer who now pays $69 per month could fall by approximately $30—a 43 percent savings—if consumers had a real choice in who served them. 5  Short-run savings would also be significant. The authors estimate the same customer would experience an average short-term drop of $18—a 26 percent savings—per month. According to the study, consumers would save almost $107.6 billion annually if a truly competitive market developed. 6

Such cost savings would come not only from the direct competition posed by new firms entering the market, but would also develop as a result of the higher quality of service competition would foster. Wake Forest University Professor of Economics John C. Moorhouse notes, "[T]he variety of generating equipment and the large number of independent producers adds diversity to the system, lowering the probability of widespread equipment failure, and, thereby, reducing the amount of excess capacity required to provide a given level of service reliability." 7  Moorhead also argues that competition will mean a broadening of choices for electricity consumers and an overall increase in innovation within the industry. "Under competitive electricity generation, he argues, "[T]he market will provide an array of service standards that more closely match the mosaic of consumer preferences." 8  Furthermore, "Competition not only leads firms to be more responsive to consumer demands, monitor costs more closely, and compete on the basis of price, it provides an incentive to be innovative because that may be the only way to get a temporary jump on rivals. Developing a new consumer service, a better method of reducing costs, or a faster way of dealing with problems promises the innovator a competitive edge." 9

• lower prices for commercial businesses, especially small businesses. Just as residential consumers will reap the rewards of competitive choice, business of all shapes and sizes will also benefit greatly from deregulation. Electricity represents a substantial portion of many firms’ costs of doing business. Unfortunately, these high power costs do not disappear inside companies; they are factored into the final cost of the goods or services businesses sell. Because businesses cannot shop for better electricity bargains, higher electricity prices are often passed on to their customers. For example, according to the Food Marketing Institute, grocery stores spent approximately 4% of net sales on electricity expenses in 1994. Likewise, roughly $700 of the sticker price of every new General Motors automobile purchased in America annually is attributed to electricity expenses. 10  Other industries witness comparable portions of their profits devoured by large monthly electricity bills. Such ‘pass-through’ costs, which ultimately raise the prices consumers pay for goods and services, could be greatly reduced if America’s corporate sector could shop for competitively priced electricity.

Although opponents of change will argue that calls for deregulation are coming exclusively from large, corporate users of electricity that pay the largest power bills, it is actually small business owners and their customers who stand to gain the most from reform. This is because the electricity bills of small businesses often represent a much more substantial burden as a percentage of overall costs than those of large businesses. Smaller firms (especially retail stores with low profit margins) often struggle month-to-month to pay their utility bills. Competition will give them the right to search out more cost-competitive plans and alternatives that will then allow them to keep their doors open and pass on any savings they accrue to their customers.

• equalize unjustifiable regional differences in electricity prices. Wayne Crews, an economist with the Washington, D.C.-based Competitive Enterprise Institute also notes that while the average price of electricity in America is about 7 cents per kilowatt-hour (kWh), it varies widely from state-to-state, from roughly 5 cents to 10 cents per kWh. He argues, therefore, "This points to extraordinary inefficiencies. If customers could bypass their local utilities and gain access to power generators located elsewhere, billions could be saved." Consequently, he notes, "A mere one-cent-per-kWh drop in the average cost of 7 cents would save industrial, commercial, and residential customers $28 billion per year." 11

Deregulatory initiatives underway in many states foreshadow the benefits under nationwide deregulation. For example, New Hampshire instituted a pilot project in electricity competition in May, 1996, that allowed an unlimited number of companies to enter a small portion of the market and serve customers. Many companies involved in the New Hampshire experiment offered unique billing incentives and programs to encourage customers to switch providers, including free bird feeders for customers’ yards and the opportunity to dedicate a certain portion of their monthly bills to the environmental group or program of their choice. Illinois, Massachusetts, and New York have also initiated successful pilot projects.

These pilot programs have proved two important points. First, many companies desire to serve customers and many more are likely to emerge if open entry is allowed. Just as the long-distance telephone market flourished once rivals had access to networks, these state-by-state experiments illustrate the desire of electric entrepreneurs to offer new and innovative services directly to customers. Secondly, these experiments have already shown signs that electricity consumers of all sizes can expect cost savings if the market is deregulated. The Illinois program has yielded average savings of 15 to 20 percent for residential customers, 20 to 25 percent for small businesses, and 25 to 35 percent for large commercial customers. 12  The New Hampshire experiment has resulted in savings of 15 to 20 percent for non-industrial customers and 20 to 30 percent for industrial customers. Similar savings have been realized in the New York and Massachusetts pilot programs.

• increase jobs and benefit local communities. Many large, monopolistic utilities that do not want consumers to have the ability to choose alternative providers have used scare tactics, intense lobbying, lavish campaign donations and outright deception to convince many local communities that deregulation will hurt them. Nothing could be further from the truth. Most of the large workforce cutbacks these firms warn of have already taken place as a natural reaction to general downsizing in this industry. If anything, competition is likely to increase employment in the industry or at least allow it to level off as new firms enter the market or existing firms look to innovate in the face of increased rivalry.

• benefit the environment by empowering electricity consumers to be smarter, more demanding shoppers. This will, in turn, mean that power companies will be held to higher standards of efficiency and cleanliness to ensure communities are provided the power they want without increased pollution or other negative side effects. Again, competition will breed innovative solutions and new alternatives to the less efficient production methods used today, benefiting the environment in the long run.

• increase service reliability. Increased innovation is also likely to bolster service reliability as firms begin to realize their profits and markets are no longer protected in the case of business failure. Under the regulated monopoly model, consumers cannot switch to a new provider when their current provider proves unreliable. Under competitive conditions, service failures will be met with consumer rebellion and, consequently, profit loss, thus strengthening the incentive to maintain high service standards. Claims that competition is already stretching the limits of the current networks’ reliability, or soon will force major outages, are patently absurd scare tactics used by proponents of the status quo to derail reform legislation. Just as deregulation and competition in other industries have resulted in improved safety and reliability, so too will electricity markets benefit when liberalization occurs. 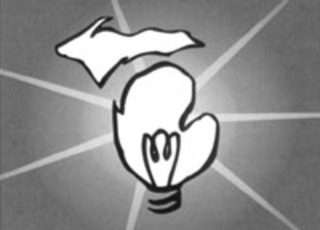