Since 1998, tax hikes have boosted the price of cigarettes in California to approximately $4.00 per pack, higher than in many other states and nations. Two tax hikes occurred in November 1998: Voters narrowly approved Proposition 10, and at the same time California joined 45 other states in the Master Settlement Agreement with the four largest tobacco manufacturers. 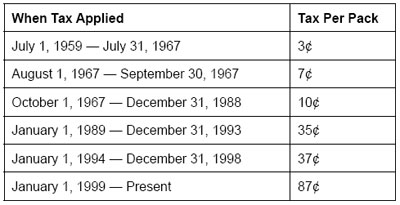 The combined effects of state and federal tax hikes during the past decade have made casual and commercial smugglers willing to skirt the law.