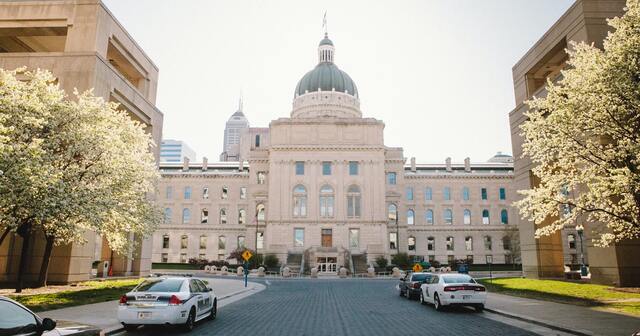 Will Indiana Encourage Its People, Others to Smuggle More Cigarettes?

There are better ways to discourage smoking

The Indiana General Assembly is contemplating a $1 per pack cigarette tax hike, with a bill introduced last week in its House Committee on Public Health. If adopted as law, the bill would raise the state’s tax rate to $1.995, nearly equaling Michigan’s current tax rate of $2 per pack. This has important implications, given the degree to which cigarette tax differentials among states drive illicit behavior, such as smuggling.

Nearly each year since 2008, the Mackinac Center for Public Policy has estimated the degree to which cigarettes are smuggled in most states. High tax differentials lead people and groups to obtain cigarettes in low-taxed jurisdictions and move them to higher taxed ones to save or make money. As researchers living and working in Michigan and Indiana, respectively, we’ve seen and measured that dynamic play out at our borders before, and it could change again if Indiana approves this proposed tax hike.

According to our calculations, Indiana had a smuggling export rate of 18% in 2018. In other words, for every 100 cigarettes smoked in the Hoosier State, another 18 were bought there and consumed elsewhere, probably in neighboring states with higher excise taxes, such as Illinois and Michigan. Indiana’s export rate was so high that its treasury collected nearly $60 million more in cigarette tax revenues in 2018 than it would have absent smuggling.

Using our statistical model, we recently estimated what would happen to Indiana’s smuggling rate if it nearly doubled its cigarette tax rate to $1.995. The model predicts that the flow of cigarettes would reverse itself, and 11% of all cigarettes consumed in the state would be smuggled in from elsewhere.

It is not hard to see why. Indiana would then have significantly higher cigarette taxes than neighboring Kentucky ($1.10 per pack), and many Hoosiers would opt to buy their smokes from (and pay taxes to) their neighbor to the south. And organized criminal outfits would likely get involved too, enticed by the profit-making potential of exploiting these tax differentials among these states.

As for more evidence for the tax evasion and avoidance that occurs at state borders, consider the 2007 Indiana cigarette tax hike that raised the rate from 55.5 cents to 99.5 cents, where it is today.

To study the impact of this policy change, we obtained county-level cigarette sales data from a large Midwestern wholesaler in 2008. From this, we were able to determine that in the three months before the tax hike took effect, sales from the wholesaler to retailers in Michigan counties on the Indiana border leapt 58% and remained above 50% in the three months following. In other words, Michigan retailers on the Indiana border knew that Indiana stores would become less attractive to Michigan residents and thus prepared for greater sales at their own stores.

We expect the same dynamic to play out again should Indiana hike its cigarette excise tax rate. An increased tax on cigarettes bought in Indiana means better sales for Michigan retailers and more taxes from smokes paid to that state’s treasury. Indiana officials estimate the higher cigarette tax will bring in $290-plus million in new revenues. Our model forecasts a much lower $196 million, specifically due to smuggling.

Indiana lawmakers and others have expressed concerned for the health of smokers and wish to thwart the habit. For our part, we don’t smoke and wish others would not do so, but there may be a better way to address the health concerns than hiking taxes and encouraging smuggling: anti-tobacco education.

According to Campaign for Tobacco Free Kids, a Washington, D.C.-based anti-smoking organization, Indiana’s total tobacco revenues in fiscal 2021 are nearly $549 million, yet the state has only dedicated $7.5 million to its tobacco prevention efforts. This amounts to just over 10% of the nearly $73.5 million that the Centers for Disease Control and Prevention recommends be spent, according to the campaign. The campaign’s web site also cites evidence that state prevention and cessation efforts can pay positive dividends.

There are better ways to discourage smoking, and Indiana policymakers should consider these before hiking cigarette taxes. That policy may simply shift the purchasing habits of Hoosiers, decreasing the potential positive impact on the state treasury. And, without a doubt, will make large-scale smuggling more profitable, increasing criminal activity in the state.