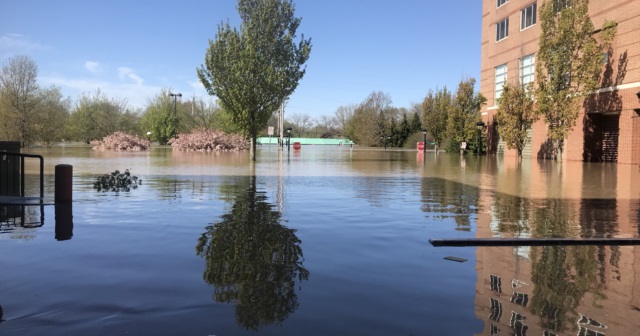 Why the Mid-Michigan Dams Failed

New report says failure may have been avoidable

MIDLAND, Mich. — A new report released today by the Mackinac Center for Public Policy examines what caused two Mid-Michigan dams to fail earlier this year. The failure of the Edenville and Sanford dams led to widespread flooding that washed away significant portions of the surrounding communities and forced the evacuation of over 11,000 area residents.

The report looks at the compounding failures of Boyce Hydro, the dams’ owner, and the governmental bodies charged with regulating the dams, the Federal Energy Regulatory Commission and the Michigan Department of Environment, Great Lakes, and Energy. The culmination of those failures led to the damage of over 2,500 homes and other buildings in the area. The circumstances that eventually led to the flood, which is currently estimated to have done $200 million worth of damage, suggest that much of this could have been avoided.

“Edenville and Sanford dams did not have to fail — they had weathered similar storms in the past,” said Jason Hayes, author of the report and director of environmental policy at the Mackinac Center. “There appears to have been an ongoing string of failures on the part of the dam’s owner, the state government, and even the federal government, to ensure this dam was properly maintained and operated.”

The report also looks at the efforts of the Four Lakes Task Force, a local group that attempted to get ahead of the persistent lack of maintenance and repairs on the dams. The task force was working with the dam’s owners and various levels of government to purchase, rehabilitate and operate these properties.

“Gov. Gretchen Whitmer has used the dam failures and flooding as a platform to argue that private companies should not be allowed to own essential infrastructure,” said Hayes. “But there are over 1,000 regulated dams in the state that are privately owned and properly managed today. It doesn’t necessarily follow that handing these dams over to the same government agencies that already have regulatory authority over these Mid-Michigan dams would be an improvement.”

Further investigation into the dam failures is currently underway. The report argues that, given the direct involvement of both Boyce Hydro and the Michigan Department of Environment, Great Lakes, and Energy, an investigation should be carried out by a neutral third party, such as the Association of State Dam Safety Officials.

You can view the complete report here.