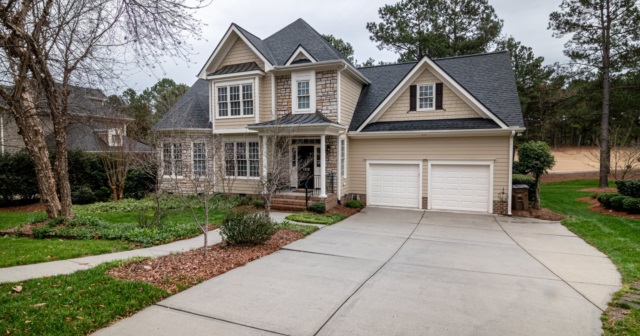 Why is There so Little Conflict Over Zoning in Michigan?

The state should preserve its low cost of living

Housing costs have boomed in various places throughout the nation, but not so much here in Michigan. In San Francisco, by contrast, rent for a one-bedroom apartment is now nearly $3,400 a month. That’s extreme, of course, but still more than double the average rent for a one-bedroom in Ann Arbor — Michigan’s most expensive city. The median rent statewide is just $681 a month.

It may be obvious why areas like San Francisco or Portland are dealing with this issue. Less obvious, however, is why cities in Michigan have avoided sky-high real estate prices.

Most municipalities, through zoning and other processes, spell out exactly what developments are allowed where within their borders. Single-family zoning is one key land use. On land classified this way, the only structures permitted are detached homes designed for one resident family.

This designation is intended to shield neighborhoods from construction that would damage them. On the surface, it seems reasonable. Few people would appreciate it if their neighbor converted his house into an industrial plant. In practice, though, single-family zoning regimes also make it illegal to build apartments — regardless of economic realities.

In a single-family home, there is only one “tenant” to pay the expenses — not just of the building, but also of owning the land it sits on. The cost of land lifts the price of entry to the neighborhood. So, if you can’t afford to buy (or rent) an entire house, you have to go elsewhere.

Loosening zoning restrictions will spread those costs over more households. In doing so, it can encourage cities to grow, and it helps to welcome newer residents.

Given this, some high-cost cities and states have limited the power of zoning boards. Oregon, for example, ended single-family zoning statewide in 2019. California followed suit, as did the cities of Minneapolis and Seattle. In doing so, they are trying to enable developers and homeowners to pursue expansions that allow for denser settlements.

Unlike California or Oregon, Michigan’s largest cities are dominated by single-family homes. In the state, more than 72% of residencies are this type. Even in metro Detroit and Grand Rapids, houses, not apartments, predominate, with 70% and 68% of housing being single-family housing, respectively. Contrast this with Los Angeles or Portland, where single-family homes make up half the housing stock.

For decades —and presently — individual residences have driven a majority of the housing growth in Michigan. Detroit, Grand Rapids, and Michigan as a whole also tend to grow by building houses. For Detroit, two-thirds of new developments are homes rather than multi-unit buildings. A similar story plays out in Grand Rapids, where it’s about 60%.

Similarly, 71% of people in Michigan own the place where they live. This preference for houses rather than apartments isn’t unique to Michigan, but it is higher than the national average of 61%.

If Michiganders overwhelmingly prefer individual homes, and zoning restrictions make them more expensive, why do people support zoning? There are a couple of reasons.

Though zoning increases the cost of single-family housing, this is experienced as a benefit by incumbent landowners. Rent may increase every year as a property becomes more desirable, but mortgages do not, making ownership more attractive.

Another reason is that the federal government encourages home ownership through tax policy. The mortgage deduction provides an average benefit of $2,713 per homeowner each year. This tax advantage can blunt the cost of inflated housing prices for incumbent landowners, though recent changes in the tax law may reduce this benefit over time.

Further, personal preferences play a role. People don’t live in Bloomfield Hills or Rochester simply because of high rents and crowding in Detroit. In other areas of the country, suburbs grow when the city center becomes prohibitively expensive. In many parts of Michigan, though, suburbs are more expensive than the city core. These areas can grow relatively unhindered in Michigan, meaning that the negative effects of restricted housing stock are slow to materialize.

Our national preference for single-family homes works itself out in political preferences. Political scientist William Fischel calls this the "homevoter" phenomenon: People who own homes in an area are far more likely to involve themselves in local politics. These incumbent landowners act to preserve the value of their homes or what they call the “character of their neighborhood.” This often has the effect of limiting the ability of developers — or entrepreneurial homeowners — to create rental properties.

It’s true that Michigan does not have the same urgent need for zoning reform that exists elsewhere. Our aging housing stock and excess land in suburbs means the economic imperative to put more housing units into the same amount of land exists only in a few places. If cities here grow significantly, or if consumer demand for housing density increases, existing zoning policies can drive up land prices and rents. This benefits incumbent homeowners at the expense of incoming residents.

As things stand, Michigan is able to compete with other states based on its relatively low cost of living, even with its current zoning patterns. As other areas adapt, however, this advantage may drain away.

Though it can be controversial, less-restrictive zoning both increases landowner freedom to create rental units and avoids unduly preferential treatment of single-family homes. By acting sooner rather than later, Michigan could preserve its competitively low cost of living, regardless of reform in other states.