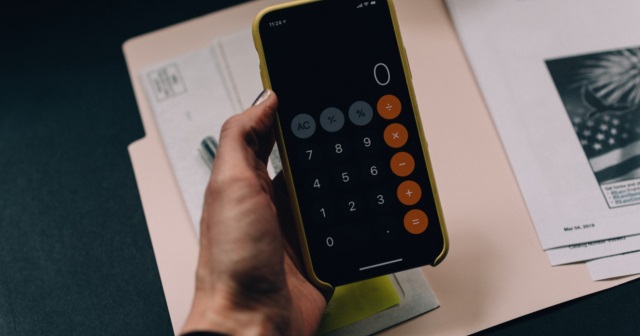 State Budget Director Chris Kolb recently argued that the federal government should give the state of Michigan billions because there is nowhere left to cut in Michigan’s budget. “I have reviewed every dollar in the state budget, but the fact of the matter is there’s simply no way to cut the budget in fiscal year 2021 without impacting essential services at a time when our residents need them the most,” he writes in The Detroit News.

State officials have an ethical responsibility to craft their arguments without misleading people. For a budget director to say that there is no way to save even a single dollar in the state budget is inappropriate and he should be held to a higher standard. (Yes, this applies to the U.S. president, too.)

People serving as state budget directors typically are team players on the governor’s staff and do not always get to express publicly their own sentiments. So, Kolb’s comments may be more a reflection of the thinking of Gov. Whitmer’s administration than his.

But it is clearly wrong. There is money to cut in the budget and not every dollar is “essential.”

Consider the state’s business subsidy programs. Economists tend to find that the programs do not create enough jobs to justify their costs. But sometimes influential groups and politicians want the state to spend this money anyway. It enables lawmakers to demonstrate that they are doing something to create jobs — a tempting political consideration. So, the state continues spending money on these programs, regardless of if they are effective or not.

Lawmakers have trimmed support in recent years and pushed back against new business subsidies, showing that there can be savings if there is a will to do it. And that’s the business of budgeting: It can just be politically difficult to get legislators to agree even if when there is waste and inefficiency.

Budgeting is a difficult task. There are always unlimited demands made on lawmakers and they only have a limited amount of money to spend.

This means that lawmakers are making their decisions based less on determining the bare minimum the state needs to operate, and more on finding which budget items are acceptable to their constituents and the interest groups they favor. There is plenty of ways to save money in the state budget, it’s just tough to get votes from lawmakers to capture it.

This point can be seen in the state’s payments to public universities. Lawmakers deliver money to state universities in an unfair and arbitrary manner, where the biggest determinant for how much a university gets is how much it got last year. How many Michigan residents they teach and how much their students learn is not a factor in higher education funding policy.

Supporting higher education on a per-student basis, similar to how K-12 schools are funded, would be fairer. But that would mean some of the current “winners” would lose funding.

That makes it difficult for legislators who consider their provincial interests to set their priorities. They are the elected representatives of particular populations, after all, and are sensitive to their constituents’ interests. It is tough to be the representative that covers, say, Marquette, and support a higher education funding plan that cuts funding to Northern Michigan University.

Policymakers may have different opinions about business subsidies and whether the state ought to continue status quo payments to state universities. Choosing to save money on them, however, would not cause the state to lose something that is necessary to function. It may require legislators to have difficult conversations, but they can cut the budget without losing something essential.

Saying that there is nowhere to cut tells readers an interesting story. It’s clear that budget reductions are not the Whitmer administration’s preferred option. They want federal money to cover revenue losses. They’d prefer it if they didn’t have to solve their own fiscal challenges.

The state’s budget director should have made the case without deceiving the public about the status of the state’s finances.