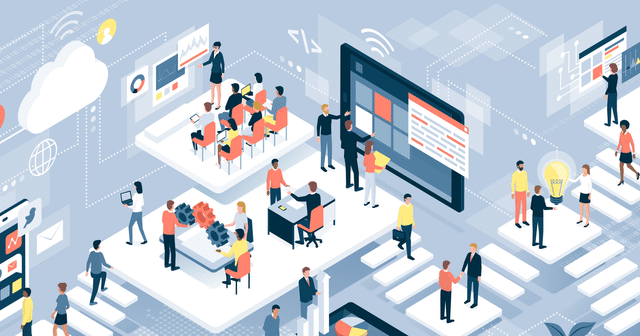 What’s the Appropriate Role of the State in Workforce Development?

MIDLAND — Despite the political hype, state-led workforce development may not amount to much. This is according to a new study, “Workforce Development in Michigan,” released today by the Mackinac Center for Public Policy, and authored by economist Sarah Estelle, a professor at Hope College in Holland, Mich. The study examines current workforce development initiatives in Michigan and poses questions about the proper role of the state in this arena.

The government has been actively involved in job training since the 1960s, with both the federal and state governments launching initiatives aimed to prepare workers for the jobs of tomorrow. The federal government supports several programs by providing grants to states. The state of Michigan also has its own workforce development projects, expanded recently by former Gov. Rick Snyder with further expansions proposed by Gov. Gretchen Whitmer.

But the state does not provide much by way of actual skills training, what most people think of when politicians talk about workforce development. Instead, most of the state’s “workforce development” programs are focused on employment services: career counseling, job search help or soft skills training. Nearly all publicly funded skills-based training take place in public high schools' career and technical education programs and at community colleges through their occupational training programs.

"For all the emphasis politicians place on the importance of training workers in the high-demand fields of tomorrow, there’s very little — and hardly anything new — that the state does when it comes to actually training workers for these skills,” Estelle said.

Estelle points out that just investing more in school districts and community colleges to offer more training may not be effective. These institutions have few incentives to meet the actual workforce demands of the labor market and apparently could not prevent the purported “skills gap” that many politicians refer to justify more spending in this area.

Instead of workforce development being a taxpayer responsibility, Estelle argues that these needs should be handled by employers themselves, because they have the tools to meet these challenges and aligned incentives to get it right. For instance, raising wages for hard-to-staff jobs will encourage more people to consider those careers and get the training they need. Businesses are the direct beneficiaries of the increased productivity that comes from skills training, so, Estelle argues, they should bear the costs of such training.

Estelle also surveyed workforce development efforts run without the direct involvement of the state. She found several private unions, industry associations and for-profit training centers that provide a significant amount of skills training for workers. There are also private, nonprofit groups contributing to this effort, although details about these programs are hard to come by.

"Some justify government intervention in the labor market based on perceived market failures, but this motivation doesn’t seem to hold water with workforce development. There’s plenty that employers and the private sector can do to meet these needs, and consequently workers’ needs, through the labor market,” Estelle added.

The report raises important questions about the proper role of government when it comes to workforce development and raises concerns that the state could do more harm than good in this area. In the end, Estelle recommends a healthy dose of skepticism about the ability of the state to meet the demands of tomorrow’s labor market.

A PDF version of the report can be found here.