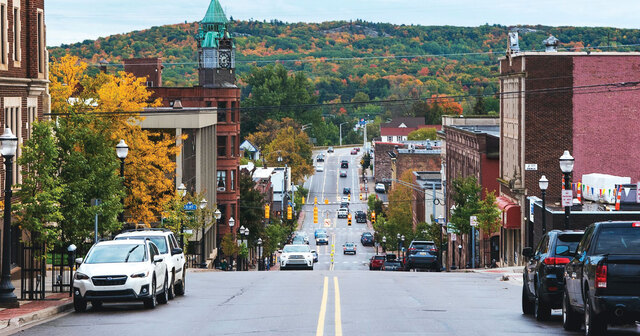 Michigan local governments will collect $4.4 billion from Congress’ latest spending bill. Many local leaders will ponder hard about how to use the money to best serve their residents, and they should look for ways to increase the long-term financial health of the local government. But they may have to wait for guidance from the federal government first.

It’s strange that local governments got this extra cash in the first place, as they have been insulated from pandemic-related revenue losses. Property taxes provide their largest source of revenue, and they did well in 2020: Property tax collections increased 5.0% in 2020 and are expected to continue to increase.

Cities with a large number of commuters may have seen some slip in income tax receipts as nonresidents transitioned to remote work. But only 24 cities in Michigan have opted to levy an income tax, which collects $630 million statewide — over half of which is levied by Detroit, which also receives the lion’s share of the stimulus — and local governments collect 10 times that much in property taxes.

Theoretically, local governments shouldn’t get in fiscal trouble in the first place. They face balanced budget requirements and limits on what they can borrow, which keeps them from digging themselves into financial holes. These limits proved ineffective at preventing them from getting into trouble with their pension systems, however. Too many have promised more money for monthly retirement checks than they’ve set aside, underfunding their pension systems.

As a result, local governments in Michigan owe a combined $10.9 billion more than they’ve saved.

This is a big reason why government is more expensive than it needs to be: Too much of today’s financial burden consists of having to pay for yesterday’s services.

It may be tough to pay down pension debts with the stimulus checks, however, because Congress prohibited local governments from doing it. Further federal guidance may highlight ways local officials are allowed to use their stimulus checks to free up extra cash, which can then pay down pension debt. This would protect retirees and save taxpayers money in the long term, and help local governments get out of the pandemic stronger.

But local governments might come out weaker if officials are not careful.

Local government costs are often bargained costs. That is, officials negotiate with their unionized employees over wages and benefits, and union negotiators clearly see the stimulus checks as a way they can get extra payments for essential government workers. If the stimulus package just becomes a case of local government workers cashing extra checks, there’s not much residents will get from it. Even worse, such payments could set up the expectation that the extra payments will continue even after the money is gone.

A better approach might be to use the short-term cash to make long-term improvements in infrastructure. Local roads lag state highways in quality. Many local governments need to step up to improve wastewater systems so they don’t pollute local waterways, and extra federal money may help that along.

If, however, local officials see no clear options for improving local services with their federal checks, or for improving their long-term financial prospects, they ought to turn the stimulus money over to residents through temporary property tax reductions. Unlike state governments, local governments can use the funds for tax relief.

Local government officials are going to get large checks from the federal government whether they need them or not. They’ve been protected from a lot of the harms that have hit their residents, and they ought to find ways to use this cash to improve services over the long run or to lessen the burdens they place on residents.