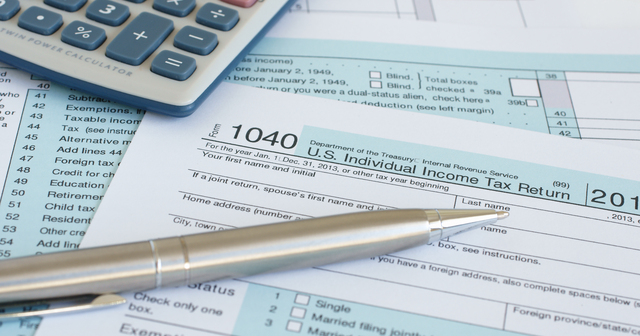 Whitmer Should Get on Board With Reduced Income Tax Rate

Michigan lawmakers should lower the state’s income tax rate. Michigan is falling behind and a tax cut would help it catch up. They’ve got the money to do it. The Legislature has the will, having already sent two different income tax rate cuts to the governor for vetoes this year. The governor, who says that she’s for tax cuts, has let her vetoes speak louder than her commercials.

In her latest reelection ad, Gov.Whitmer promotes the fact that she has not approved any new taxes. It wasn’t for lack of trying, though. She recommended a 45-cent-per-gallon fuel tax increase, which would have raised $2 billion in order to spent $1.2 billion more on roads. She was unable to get legislators to go along, and this failure is now apparently a point of pride for her.

She’s had her chance to reduce taxes. Lawmakers presented her with two tax rate reductions and a gas tax holiday. She vetoed them.

All the while, Whitmer has asked for tax cuts. However, she has refused to endorse cuts to the tax rates, calling instead for exemptions to pension income and credits for low income households.

Legislators even gave her what she asked for, though it also included a rate reduction. She vetoed it.

She didn’t use the excuse that the state doesn’t have the money to reduce taxes. State legislators practiced a remarkable level of restraint in approving a budget for the upcoming fiscal year, and did not allocate $7 billion in available money. Instead, Whitmer consistently opposes a rate cut – a reduction in the amount everybody has to pay. In other words, she wants to cut taxes, but still wants the government to collect 4.25% of people’s income.

Legislators are right to want to cut tax rates and the governor is wrong to oppose them. While some people may like the social encouragements of tax preferences for seniors and low-income households, they’re just not as important to the state’s economic growth. And lawmakers should want to help add jobs more than they should want to give preferences to politically favored groups.

Consider an entrepreneur with a great idea that he thinks can earn $200,000 per year. He’s not eligible for low income credits. He’s not going to get retirement exemptions. But he is subject to income taxes. With federal and state income taxes, he will only collect $147,000 from his business in Michigan. In another state like high-tax California, he would earn $138,000 in post-tax income from his business.

There are other taxes he’d be subject to, just like everyone else. But his business income is subject to income taxes, and income taxes matter.

That $9,000-a-year difference might not sound like much for a gap between Michigan and California. Little differences matter a lot when hundreds of thousands of business owners decide where to invest and grow every year.

Michigan added 854,300 jobs per year and lost 818,300 jobs on average over the past decade. That means that 24% of jobs are created each year and 23% of jobs are lost. The total job growth for the state is the thin difference between the two. The margins matter, and taxes can influence those margins.

It’s why lawmakers ought to insist on rate cuts. They influence the decisions that lead to employing more people in the state. People want to be in a place with abundant, good-paying job opportunities.

And Michigan is falling behind. There are 14 other states that have fully recovered from job losses during the pandemic. Michigan is not one of them.

Lawmakers in other states have lowered taxes. Half of all the states have reduced taxes and passed future tax rate reductions. That includes Ohio, which now has lower income tax rates than Michigan. And also Wisconsin, where Democratic Gov. Tony Evers signed bills that lowered the state’s income tax rates. They found themselves with revenue coming faster than expected, just as in Michigan, and saw that they could afford to lower taxes. But unlike Whitmer, Evers approved the tax cut instead of vetoing it.

Tax rates are powerful. Lawmakers in other states have reduced how much money it takes from their residents’ income. Whitmer should finally get on board with rate reductions.