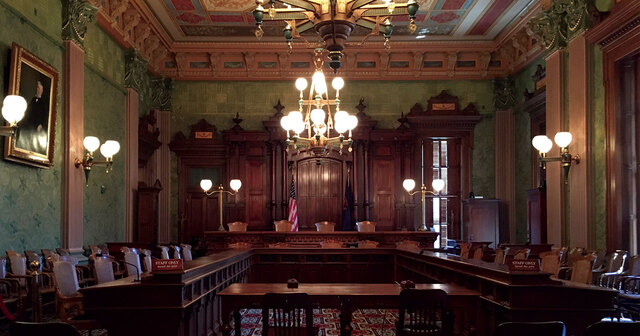 The Good News About the Budget

Something rare and encouraging happened in the Michigan budget this year: State taxes raised record revenue, but legislators restrained themselves from spending all of it. The budget also included some items that point toward sounder financing in the future.

The budget approved by Michigan’s legislature at the end of June hikes spending from state funds by 7%, an increase above what could be considered sustainable budgeting. State spending increased from $41.2 billion in the current year to $44.2 billion. This exceeds the rate of spending increases prescribed in the Mackinac Center for Public Policy’s Sustainable Michigan Budget plan, which would set a maximum limit on what lawmakers can spend, based on changes in population and inflation. If lawmakers limited themselves to the growth of the state’s population and inflation, the state budget would only have grown 3.15%.

It should be noted that the initial budgets approved by the House and Senate only grew state spending by 4.9% and 5.6%, respectively. So at least the state budget process started off reasonably restrained, compared to where things wound up.

The spending figure above only covers the state’s share of spending. A large portion of the state’s budget allocates federal funds. Including all federal and state spending, the budget comes to $75.8 billion. This is actually a $3.4 billion decrease from current spending levels, attributable entirely to the expiration of temporary federal COVID money. And the year-over-year decrease masks long-term overspending. Even adjusting for the recent spike in inflation, $75.8 billion is still a 10% increase from the 2018-2019 budget, the last adopted before Gretchen Whitmer became governor.

Perhaps what is most noteworthy about the budget is what isn’t in it. Lawmakers did not spend $7 billion they had available. Revenue from the state’s taxes and fees has increased more than administrators expected, and this left legislators with extra cash to spend.

Lawmakers are constitutionally required to balance the state’s budget. In the past, they have spent every dollar in revenue the state received. So it’s noteworthy that legislators held a substantial amount of money in reserve.

There are also some line items that secure state finances and save taxpayers money over the long term. The budget includes $2.3 billion to pay down pension system debt. Lawmakers accidentally made school employees the state’s largest creditors, and that’s bad for teachers and taxpayers alike. Paying off pension system debts will protect pensioners and save money on interest.

The governor seems to have come around to legislators’ view that the state can spend more money on transportation without having to raise taxes. The budget includes $203 million more in state funding for transportation.

The decision not to spend all of the money available also demonstrates that the state can afford to cut taxes. It’s unfortunate that the governor has vetoed the tax cut bills presented to her, even when they included some of the governor’s recommendations. When the tax negotiations resume later this year, legislators should put a reduction in Michigan’s personal income tax rate front and center.

Residents ought to be concerned about whether the pandemic caused state spending to ratchet up, and about whether the increase is sustainable. Neither inflation nor the growth of the state’s population justifies the increases in state spending. Lawmakers practiced some restraint, and that restraint ought to give them room to lower taxes. Let’s hope they build on that in the future and make the budget sustainable.