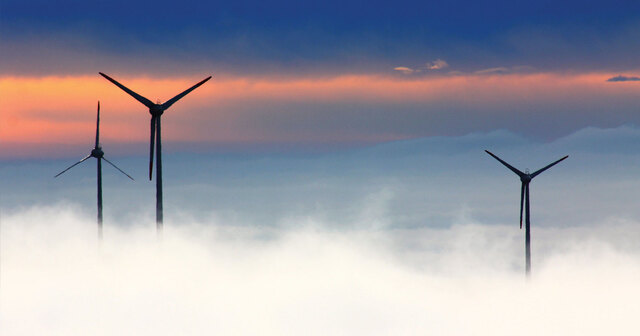 Green energy policies and government attempts to pick energy winners and losers are creating shortages and increasing energy prices. That’s no surprise. Government officials and progressive greens have been warned for decades that their plans will have this effect.

They’re fully aware that restricting the use of reliable fossil and nuclear energy and attempting to replace these dependable power sources with heavily subsidized, weather-dependent renewables will inevitably harm reliability and increase prices. But rather than encouraging more production or a reduction in regulatory pressure, the progressive green response to higher prices and growing shortages has been to push for the dictionary definition of socialism. They’re not even trying to hide it anymore.

Around the world, we are seeing the inevitable impacts of green energy policies. In early November, American stocks of distillate fuels dropped to their lowest levels since 1945. That has kept prices for diesel stubbornly high at almost $5 per gallon. Recognizing both the need for lower energy prices and the pressures of the mid-term elections, President Biden has repeatedly tapped the nation’s strategic petroleum reserve, bringing this energy safety net to its lowest levels since April 1984.

Biden even went so far as to pressure the Saudis to keep OPEC production up until after the recent election. But far more impactful regulatory restrictions on domestic production and refining capacity have kept gas prices at $3.40 per gallon in early December, $1.00 per gallon higher than when he took office.

Author and energy expert Michael Shellenberger describes prominent Democrats advocating for government-run energy in a recent article. Shellenberger quotes Jason Bordoff, Dean of Columbia University’s Climate School, who demands that “[g]overnment must take an active role in owning assets that will become stranded, and plan to strand those assets.”

Shellenberger also quoted Tom Nelson, former Democratic majority leader in the Wisconsin State Assembly and candidate for the Wisconsin Senate. In a July opinion piece, Nelson plainly advocated, “Let’s nationalize the oil industry.” Claiming “[t]he oil industry is on the ropes” and will soon need to be bailed out, Nelson argued the need to address climate change entails “massive investments in renewable energy.”

Salon columnist Thom Hartmann also joined in the fun, arguing, “It’s time to nationalize the fossil fuel industries.” Hartmann justified this plan, claiming it would “trigger a conservative” and that the threat of the “climate crisis” requires nationalization to “sav[e] the world.”

Others have also called for nationalization. Matt Bruenig, in a piece written for the People’s Policy Project, argues that the “obvious approach” to the problem of high gas prices is to “nationalize the oil industry.” Former Department of Energy central regional director William S. Becker believes the federal “government should nationalize Big Oil” to “allow the government to manage the industry’s drawdown,” the now obvious end goal of climate change policies.

At the state level, Michigan House Representative Yousef Rabhi just submitted House Joint Resolution Y, which calls for the creation of a “state public utility board.” The board would “purchase or acquire by eminent domain all of the electric and natural gas generation, distribution, or transmission facilities owned by any investor-owned utility in this state.” Then the board would authorize the issue of bonds to cover the costs of acquiring these properties and be empowered to “set all rates, fares, fees, charges, services, rules, conditions of service, and all other matters pertaining to the formation, operation, or direction of the state public utility.”

Milton Friedman famously argued that, if you put government in charge of the Sahara Desert, in a few short years there would be a shortage of sand. Our energy systems are already suffering as a result of government oversight and intervention. Rather than solving the problems of limited energy resources and rising prices, socialist policies encouragingthe complete government takeover of the nation’s energy industry would further spike prices and restrict supplies.