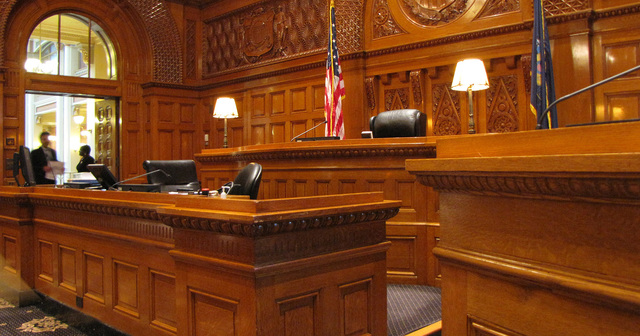 Lawmakers should reject plans to spend more on business subsidies

Unnamed private companies are getting a chance to rewrite state law in order to get hundreds of millions of taxpayer dollars.

The state legislature created a slate of new programs last December to give an unnamed company taxpayer support, putting $1 billion into a fund for administrators to negotiate. The company was also unnamable because lawmakers signed nondisclosure agreements in order to be briefed about the details.

Shortly thereafter, the legislature gave the bulk of the authorized funds to General Motors. There was a little misdirection in the proposal, however. There were 25% more jobs in the press release than in the contract for state subsidies. The deal also allows GM to collect the cash but eliminate jobs in the future, as long as it reaches the lower job target and maintains those jobs for six months.

At the time Michigan Economic Development Corporation administrators mentioned that there were some other projects “in the pipeline” that may require further state spending. That may mean adding new programs and authorizing more money to be given to select companies.

A group of senators introduced a bill in March that would again change state economic development policy, giving administrators more funds to offer in deals without having to authorize expenditures in the budget process first.

That’s just what has been introduced. Voters will not know what the state is handing out until after the details have been sketched out between lawmakers and recipients.

This is not how the state should do business. Even if legislators want to offer selective business favors, they shouldn’t rewrite the rules every time a company wants to squeeze more cash out of taxpayers. Michigan already spends more on corporate welfare than most states, and it has major problems with spending transparency.

Supporters treat this as the cost of doing business.If Michigan doesn’t offer truckloads of cash to the companies that ask for it, another state will, they argue.

There is an alternative. Michigan and 14 other states have introduced laws to agree with each other to stop awarding selective business subsidies. States shouldn’t compete over who can offer the biggest deals, and they can stop this unfair competition by working together.

That lawmakers — not just in Michigan but around the country — add more business subsidies while ignoring the compact shows that politicians benefit from handing out special deals. The programs are inherently political. They make it appear that the government is doing something about jobs. That’s why politicians wax superlative when deals happen, even deals that have small effect on the economy. Indeed, when economists try to tease out the economic effects of selective subsidies, they often find that the cost hurts rather than helps states.

It also didn’t used to be this way. There has always been a political reason to show that states are doing something about jobs, but the level of favoritism was much smaller and different. Companies would getminor loan guarantees, or the state would help the local government update its infrastructure, or assist in job training for new workers. Policymakers didn’t make private companies some of the biggest recipients of taxpayer money. But the state is already going to spend this year more on Ford, GM and Stellantis than it will on courts.

The state will not become prosperous by awarding the most handouts. If lawmakers decide that they want to continue spending money chasing business headlines, they ought to create subsidy programs without letting each company dictate the terms. They should care more, however, about working with other states to agree that no state wastes public money on corporate giveaways.