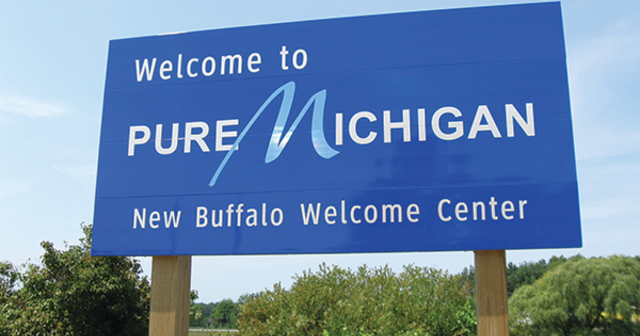 The benefits of tourism promotion are oversold, with the consultant’s methods kept from public scrutiny.
Publications / Viewpoints

In June, the state Legislature voted to eliminate the Michigan film incentive program. This program doled out subsidies to film productions in the Great Lake State. It has cost taxpayers some $500 million and does not appear to have created a single net new job.

Corporate and industrial welfare programs have been largely ineffective as a job creation tool, despite what too many state officials may claim. The empirical evidence suggests that money now wasted by the state’s jobs department — the Michigan Economic Development Corp. — would be better used elsewhere, such as repairing roads. Polls indicate strong support for redirecting MEDC money to roads.

For every additional dollar spent on promoting tourism in the state, one additional penny of business accrues to Michigan’s hotel and motel industry. The net effect, considering the economy as a whole, is very negative.

The state House put forth a road funding plan of its own just days after the massive failure of Proposal 1. The initiative to raise taxes by $2 billion died by a vote of 80 percent “no” to 20 percent “yes.” As part of the House plan, lawmakers suggested cutting $185 million from the MEDC. The House plan has already passed and awaits action in the Senate.

The MEDC cuts should be met with applause by the Senate, but leadership there has indicated some opposition. Senate members apparently still believe that state corporate welfare efforts work. They do not, and we hope senators review the hard evidence that support such an assertion.

In May, the Mackinac Center for Public Policy released preliminary findings of its study on state subsidies to the tourism industry. Our model found that for every additional dollar spent on promoting tourism in the state, one additional penny of business accrues to Michigan’s hotel and motel industry. The net effect, considering the economy as a whole, is very negative. The program kills more jobs and wealth than it creates.

The Mackinac Center’s data set and model are 100 percent transparent and available to lawmakers, the public and other scholars should they wish to review our results. We only wish the state could claim the same for its studies.

The state of Michigan pays a consultant to promulgate announcements about the alleged high return that the state’s tourism subsidy program generates. In April, for example, the Lansing State Journal cited the claims of state officials that every dollar spent on the Pure Michigan advertising campaign returns $6.87. Numbers such as this one are widely cited by politicians but there are at least two problems with the consultant’s study.

First, the methodology for calculating the published return-on-investment dollars is hyper-secretive. The consultant has refused to disclose precisely how he derives his calculations. That is akin to the Mackinac Center producing a study without endnotes and just saying, “Trust us, we know our evidence — which we will not permit you to verify — is spot-on correct and you should introduce or expand program ‘x’ because of it.”

Second, the claim seems illogical on its face. If tourism advertising really produced $6 for every $1 invested, then industry members would fall all over themselves to fund such campaigns until the marginal benefits of doing so equaled the marginal cost. This is microeconomics 101. Yet the industry itself has reported in its own strategic plan that there is no mood among its members to self-fund broad promotion campaigns.

I am hardly the only writer to view consultant reports with suspicion. In a Journal of Travel Research paper titled “Economic Impact Studies: Instruments for Political Shenanigans,” scholar John Compton argues that economic impact studies of state-funded tourism campaigns have “an obvious political mission.” Often sponsored by the tourism industry, they attempt “to position tourism in the minds of elected officials and taxpayers as being a key element in the community’s economy.”

This appears to be exactly what the MEDC has done, and it has done so before. The agency  commissioned a 2009 study purporting to show that the film incentive program was a “big hit,” and created jobs. But the consultant excluded 100 percent of the costs associated with the program from his calculations. Including them — being realistic, that is — would have showed the program to be jobs loser, not a jobs winner.

Cutting the MEDC’s budget to make room for road repair moves resources designed to benefit a few to something that will benefit the many and in a way that might actually create net new jobs. A recent Mackinac Center poll indicates that 66 percent of those questioned support shifting money from the MEDC budget to road repair.

The Senate has a great opportunity to improve Michigan’s economy. It should cut corporate welfare programs in favor of funding road repair.

Michael LaFaive is the director of the Morey Fiscal Policy Initiative at the Mackinac Center for Public Policy, a research and educational institute headquartered in Midland, Mich. Permission to reprint in whole or in part is hereby granted, provided that the author and the Mackinac Center are properly cited.