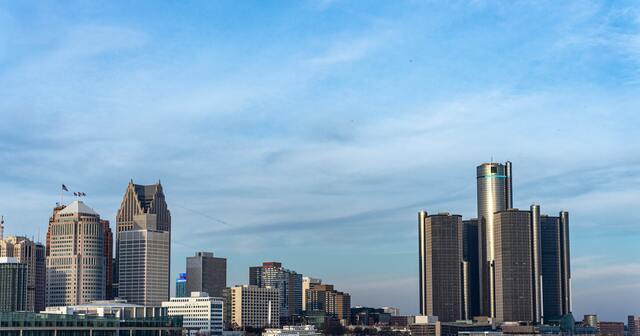 Michigan lawmakers have $5.7 billion more to spend now that Congress approved its latest spending plans. But the federal government restricted the money from being used for some of the state’s highest priorities, and lawmakers will be challenged to find ways to spend the extra money. While some legislators may be tempted to make one-time payments to favored groups, they should rather use it to put the state government in a better financial position over the long term.

States cannot use the federal money to cut taxes, even if they want to lighten state burdens on residents in response to the pressures the pandemic put on them.

Nor can the state use it to shore up pension funds, no matter how important it is to retirees and taxpayers to pay this debt down.

The congressional restrictions on the money’s use put out of bounds some options that may have been tempting to state lawmakers. Legislators could improve Michigan’s competitive position and encourage job growth by lowering tax burdens. Another option, paying down pension debt, would put the state in a much firmer financial position and relieve the state in billions worth of future interest payments.

In light of the restrictions, lawmakers may feel like they’re in a quandary. State revenue never quite went down as expected last year, so making up for lost tax receipts isn’t an issue. Other pandemic needs that have developed have been filled with extra state spending bills and already extant federal relief efforts. Without budget holes to fill, some of the obvious options are off the table.

On top of that, the Legislature and Gov. Gretchen Whitmer have butted heads about fiscal priorities during her entire term. The governor’s latest vetoes of business tax relief and a payment to shore up the unemployment insurance fund reveal that getting compromises between the governor and the Legislature has been tough.

Even when legislators agree with the governor about priorities, arguments over how to do things can derail that consensus, like it did with road funding. Both wanted to spend more to improve road conditions, but one wanted to raise taxes while the other wanted to use money that the state was already collecting. The argument led to less spending on roads.

Another shared priority is to return kids to schools, safely, as soon as possible. It’s not financial considerations that have held that up, though, but rather, concerns over safety.

This situation leaves lawmakers in a conundrum about what to spend this federal cash on.

They should seek to use temporary funds to improve the state’s long-term financial prospects. Recovering from the pandemic on better financial footing helps taxpayers, government employees and the people who rely on government services alike.

One option would be to shore up the state’s Rainy Day fund. This protects state services from being cut during future recessions. This also lessens the pressure for future tax hikes, which legislators face when there’s a recession. The 2007 income tax increase, for instance, was approved in reaction to expected state revenue declines from the Great Recession.

Lawmakers can also improve the state’s long-term financial position by putting federal money toward roads. Congress specifically encourages the funds to be spent on infrastructure. The state is getting close to the point where roads are being put together faster than they fall apart, so extra federal funding can push Michigan closer to the point where roads get better year after year. Whether lawmakers can agree on that is another story, given their previous disagreements.

Legislators also ought to be careful about accepting the money in the first place. If the federal government takes a loose interpretation of what it means to lower taxes or help pension funds with this money — even if it is not used to directly shore up pension funds or cut tax rates — it may be worth declining the extra money. Declining it would be a tough call, especially since taxpayers in Michigan are still responsible for paying down the federal debts raised to generate the federal payments. Lawmakers should make sure that they don’t cancel their own priorities before taking federal government money.

Even though the state didn’t need to be bailed out, and a lot of the needs from the pandemic aren’t financial, lawmakers are going to get a large short-term injection of cash. They should be careful about how to spend it, and focus on ensuring that the state is stronger as it emerges out of the pandemic.