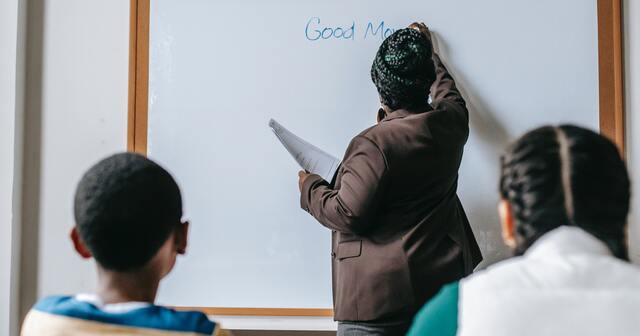 Editor's Note: This piece was originally published in The Detroit News on February 3, 2021.

Budget forecasts show that the state is expected to remain in good fiscal condition through the end of the current year and into the next. These estimates reveal that the combination of substantial federal relief funds, better-than-forecasted state tax collections, and state spending cuts generated a $3.7 billion surplus for the 2020 fiscal year that ended last October. Some of that surplus has been allocated in the current 2021 budget, but nearly three-quarters has yet to be appropriated.

As Gov. Gretchen Whitmer and lawmakers set about crafting the state’s spending plan for the 2022 fiscal year, they should use some of last year’s budget surplus to pay down the debt of the state-run school employee pension system.

Because the state has not saved enough in past years, it has made school workers its largest creditors and amassed massive unfunded liabilities in the pension system. These liabilities are effectively state-issued IOUs for services already rendered. The state owes the system’s retirees and current workers $33.8 billion more than it has saved. This is more than the state owes all the bondholders who willingly lent it money. Paying down these pension debts will benefit current and retired teachers and taxpayers alike.

Paying down debt saves money over the long term. System debt increases as fast as the rate that investments are assumed to grow. At 6.8%, the assumed rate of return on investments in the school pension plan, that makes it some of the most expensive debt the state holds. Shedding a chunk of it today, in addition to securing teachers’ future benefits, will lower the total amount of interest paid on the remaining debt and decrease taxpayers’ contributions to the system.

Policymakers have done a lot over the past decade to prevent the system from generating new pension debt. More realistic assumptions are being used. More money is being put into the system. And importantly, new employees are automatically put into a system where benefits are paid as they are earned. This does a lot to prevent the state from digging itself deeper into pension debt.

Paying down the existing debt ought to be Lansing’s next main priority for improving the teacher pension system. There are no easy alternatives for retiring pension debt other than to put additional cash into the system to pay what has been promised already. The state did this in 2018 by using $200 million in surplus budget funds to make an additional principal payment. A similar approach should be revisited with the surplus funds the state is currently sitting on.

Paying down debt is different from the money that is already appropriated in the budget to fund the pension system. The state appropriates those funds to offset a portion of the annual pension contribution rate it charges to school districts. This amounted to almost $1.3 billion this year. Making another principal payment on the debt would do nothing to affect the budgeted funds or lower the state rate charged to districts.

These state payments keep the pension system on a path to fully fund the benefits promised and to liquidate existing debt by 2038, but they do not work to pay down debts faster. Making additional debt payments would save both districts and the state money over the long term.

School officials may prefer that the surplus money be spent directly to operate schools, as part of districts’ regular per-pupil allotments. The problem with that approach is that these are “surplus” funds carried over from the prior year and should not be relied upon to finance ongoing school operations.

How much will this save? That will depend on how large of an extra debt payment the state commits to making. Currently, interest on the debt costs $2.3 billion per year. Extra dollars used to pay down debt today saves on future interest payments. That means more dollars will be available for lawmakers to allocate in the future.

Lansing should never have allowed pensions to go this far into debt in the first place. Whitmer and lawmakers should make paying down pension debt a priority. And there’s extra money in the budget to make a sizable dent in this debt.

Federal Debt Is Unpopular Until You Get Elected