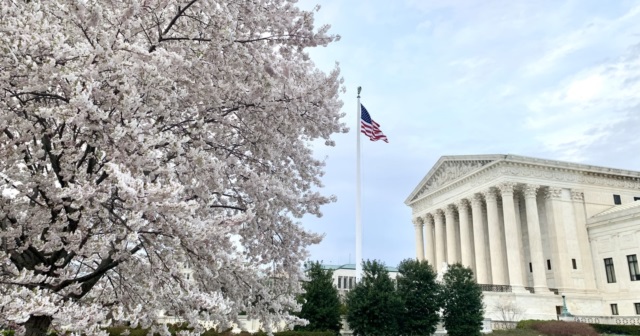 MIDLAND, Mich. — Children across the country should have greater access to more educational options, thanks to a decision today by the U.S. Supreme Court in Espinoza v. Montana Dept. of Revenue. In a 5-4 opinion, the Court struck down discriminatory policies that some states use to block support of and access to religious schools. Unfortunately, Michigan students may have to wait for a future Supreme Court ruling to reap the benefits.

These policies — commonly called Blaine amendments — have prohibited student aid programs that could be used to help pay for private schools in some states. The Mackinac Center for Public Policy, which filed an amicus brief in the case, praises the Court’s decision as a positive step.

“The Supreme Court has torn down a wall that stood in the way of many families seeking choice in education,” said Ben DeGrow, director of education policy at the Mackinac Center. “This is a major victory for families who wish to take charge of their children’s education, but Michigan families still face another hurdle. It’s imperative to take steps to ensure that Michigan’s students aren’t left behind.”

Michigan’s version of a Blaine amendment, passed in 1970, is one of the most restrictive in the country. While most other states only prohibit aid to religious schools, the language in Article VIII, Section 2 of the Michigan Constitution denies aid to any independent schools, religious or not. This has limited access for families, particularly low-income families, who seek better education options. Nowhere is this problem more prevalent than Detroit.

"More than any other school district in the nation, Detroit's academic record has left untold thousands of kids far short of their potential to succeed and thrive," said DeGrow. "No single type of schooling can help them all. Now that many states have access to greater educational choice, Michigan should work to make sure that the full range of opportunities doesn't end at the state line. No government should be able to discriminate against families who need assistance in obtaining a quality education.”

The Court affirmed that there is no constitutional prohibition against families using government aid to attend religious schools. Michigan is now a serious outlier in regards to available educational opportunities. The state's policymakers and citizens will likely need to reexamine this issue in light of the Supreme Court's decision.