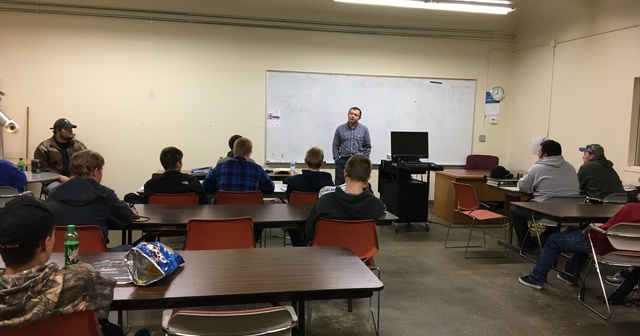 But Greater Michigan Construction Academy is a success

Michigan high school students can spend part of their day in work training programs, often earning credits from community colleges. This is a win for schools — who may not have the resources to offer these opportunities — and a win for students — who get trained in a skill they enjoy and earn college credit at no cost to themselves.

When it comes to trades programs – typically, construction, welding and mechanics, among others – there are a variety of options. Students can go to local community colleges or district or county co-ops. In Mid-Michigan, many attend the Greater Michigan Construction Academy.

But the academy is a private program, run by the Associated Builders and Contractors. ABC routinely butts heads with construction unions. According to The Detroit News, the liberal interest group Progress Michigan helped launch an investigation into the academy for being an inappropriate work training program for public school students. From a News article:

But department staff met Tuesday and concluded “no evidence of fraud existed and therefore no district penalties will result,” spokesman Martin Ackley said. “From this point, [the Michigan Department of Education] will provide technical assistance to districts prior to the start of the school year on how to more accurately report and claim students utilizing these work-based programs moving forward.”

When asked if public funds were spent on a private program not approved by the state, Ackley said districts “often purchase private-owned curriculum programs.”

This issue has developed into a clear political fight, which is unfortunate because the focus should be about what is best for students. It’s clear that the construction academy is successful at what it aims to do.

Over the past three years, according to results provided by the academy, 77 percent of its students in the trades programs were successful. Out of 35 graduates of the program, 19 are employed in trades and eight are in four-year college (mostly in construction-related fields).

If districts could no longer contract with the academy, more students would have to rely on community colleges for this work training. In 2015, the most recent year data is available, community colleges in Michigan had a success rate of only 22 percent (a “success” is a student either obtaining an associate degree or leaving to attend a four-year college). Even after five years, fewer than 40 percent of community college students are successful.

“I was invited by Dow Chemical CEO Andrew Liveris and his government affairs team to sit on the Workforce Development Initiative that was convened by President Donald Trump as a result of the success of this program as a means to getting our young people access and opportunity into the skilled trades,” said Jimmy Greene, president of the academy.

It’s understandable that construction unions would want to hamper their competition. Their main policy fight with ABC is over the state’s prevailing wage law, which mandates union wages on construction jobs. But taxpayers should care about the results of programs, not who delivers them them.

(Jarrett Skorup sits on the policy committee of the Associated Builders and Contractors Greater Michigan Chapter.)