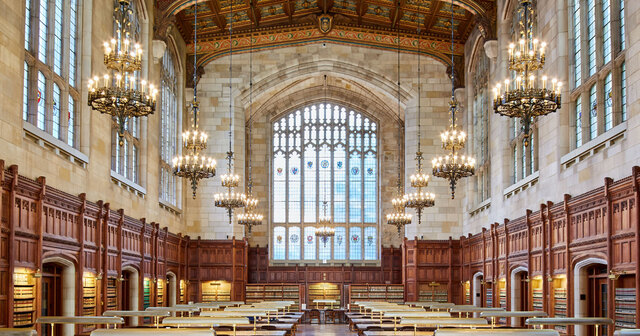 MIDLAND, Mich. — In March 2020, the American Council of Trustees and Alumni filed a public records request with the University of Michigan to see how an endowed gift was being spent. U-M estimated it would take less than seven hours to compile and produce the documents but has yet to deliver them more than 200 days later. The Mackinac Center Legal Foundation filed a lawsuit to obtain the records and enforce Michigan’s public records laws.

ACTA is a nonprofit organization that promotes academic excellence, academic freedom and accountability at colleges and universities. It works with alumni and donors to ensure universities are upholding high standards and ensuring the free exchange of ideas on campuses. Part of its mission is overseeing alumni gifts and making sure they are spent properly and consistent with the donor’s intent.

On March 4, 2020, ACTA filed a Freedom of Information Act request on behalf of a University of Michigan alumnus to see how his gift was being spent. The university initially estimated that the request would require 6.75 hours and promised to respond in 45 business days. U-M repeatedly amended this timeframe and charged fees for the request, which were promptly paid. But U-M still has not provided all of the requested records.

“It’s ridiculous that a U-M alum can’t properly ensure that his donated funds are being properly spent, and it’s illegal for the university to fail to produce records related to those funds,” said Steve Delie, the Mackinac Center’s policy lead on transparency and open government.

“Transparency, accountability, and respect for donor intent should be at the heart of every college or university,” said Michael Poliakoff, president of ACTA. “The fact that such a prestigious public institution is obstructing a single donor’s wish to see the financial records connected to his gift is disheartening. I would have preferred not to resort to legal action, but the University of Michigan’s failure to adequately respond to our request has given us no other option.”

This is the fourth lawsuit the Center has filed in recent months related to violations of Michigan’s public records laws. A state department didn’t release documents for six months when asked about businesses allegedly violating COVID-19 executive orders. The University of Michigan improperly blocked out and withheld documents which supposedly supported Gov. Whitmer’s shutdown orders. And Michigan State University took five months to release emails related to the controversial firing of an employee which were also improperly redacted and withheld.

You can learn more about the lawsuit by viewing the case page here.

You can view this most recent complaint against U-M here.