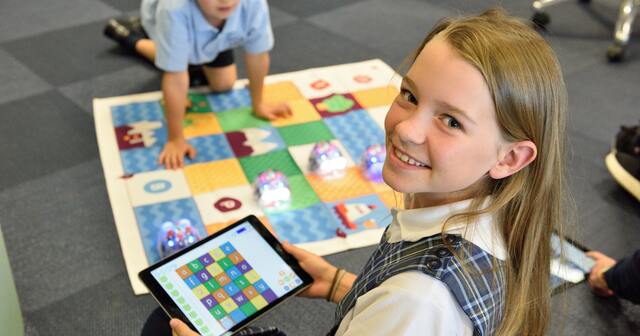 The Supreme Court Could Free Thousands of School Kids

Editor's Note: This piece first appeared in the Washington Examiner on October 13, 2019.

Imagine a student taking a standardized test and being so over unprepared to answer multiple choice questions that he just flips a coin or rolls a dice to make his choice — just randomly guessing on every question for the whole test. Seems absurd, but based on the test results for the public school district in Detroit, the average student might as well be doing so.

For a decade, Detroit has taken part in the biennial Trial Urban District Assessment, which compares fourth and eighth grade math and reading achievement. Of the 27 U.S. cities tested, Detroit has finished last on every single math and reading tests, never once reaching a proficiency rate of even 10%. No other similar city tested even comes close to these academic lowlights. For all the well-documented shortcomings of large urban school districts, Detroit’s results make cities such as Baltimore, Cleveland, Chicago, Los Angeles, and Philadelphia look like success stories.

But students in Detroit may soon be given some hope. The U.S. Supreme Court recently agreed to hear Espinoza v. Montana Dept. of Revenue. Montana is 1 of 37 states with what is known as a “Blaine amendment” in their constitutions. These were named after the 19th century U.S. politician, James Blaine, who championed them to win the anti-immigrant vote. They were designed specifically to prevent public dollars from underwriting Catholic education, even as Protestant Bible readings and prayers were commonplace in state-funded public schools at the time. In recent years, opponents of school choice — mostly teachers unions and public school officials who don’t want the extra competition for school funds — have relied on these constitutional provisions to block school choice programs in a number of states.

In Montana, families sought to use scholarships through the state’s tax credit donations program to pay for tuition at some religious schools. The state agency overseeing the program said no and was upheld by the Montana Supreme Court.

In Espinoza, the U.S. Supreme Court could strike down the vast majority of Blaine laws. Michigan’s version of the Blaine amendment is arguably the most restrictive nationwide, denying any form of public assistance to support any child attending any type of private school, religious or not. These students would benefit the most from a favorable court decision.

The achievement results show that Michigan’s system of governance is failing Detroit children, while simultaneously barring the doors to nonpublic educational options. In 2016, state lawmakers bailed out the bankrupt Detroit district and approved some modest reforms. Afterward, the interim leader stated that it would take up to 10 years for the district to show any signs of academic progress. But these students don’t have time to wait for the system to get its act together.

District enrollment has been on a downward trend for a while, going from 160,000 to fewer than 50,000 students since 2002. A lot of the decline can be explained by families moving out of the city, but tens of thousands have exercised their limited choice options by turning to public charter schools or commuting to other school districts that are willing to enroll outside students. A similarly sharp downward trend occurred with the city’s Catholic and other private schools causing more than half of them to shut their doors during the last decade. Paying tuition became a bigger burden during Michigan’s one-state recession. But a robust educational choice program could make nonpublic schools a more viable option for parents who otherwise could not afford them. A recent national survey revealed that 40% of parents would prefer to enroll their children in private schools, four times the number who currently do.

For nearly 25 years, public charter schools have given Detroit families at least a generally affordable option. Charters, despite receiving significantly less funding per pupil, represent eight of the city’s top 10 high schools for graduating students and enrolling them in college. The best available research shows that attending a charter school on average provides an extra two to three months of learning a year.

But it’s clear in Detroit that charters are not enough. Michigan’s 50-year-old Blaine amendment stands in the way of giving at least some of the city’s students access to a richer menu of options. A definitive ruling from the nation’s highest court could give more Motor City students the badly needed chance to succeed.