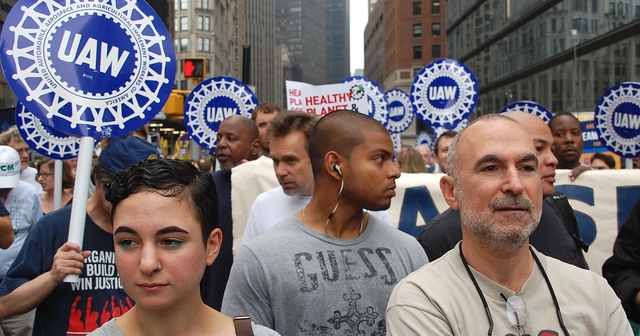 The Good News And Bad News For UAW Members

United Auto Worker officials have been accused of using dues money to personally enrich themselves with condos, vacations, conferences and personal luxuries. A UAW account has also been funding the building of a retirement home for recent president Dennis Williams.

According to The Detroit News, the three-bedroom, three-and-a-half bath home is being built on Black Lake, the UAW’s 1,000 acre retreat center in northern Michigan. Initially, the union tried to use union labor for the whole project, but ended up hiring nonunion firms because of the high price (the two union bids were $1.3 million and $851,000).

So there is good news and bad news for UAW members. The bad news is that union management is misusing their dues to build a pricey vacation home for the outgoing president. The good news is that they are using nonunion, non-prevailing wage labor to save money.

The other good news is that Michigan is a right-to-work state. No worker can be forced to pay union dues and fees in order to have a job. If workers don’t want to support this hypocrisy and alleged corruption, they can visit www.UAWOptOut.com.