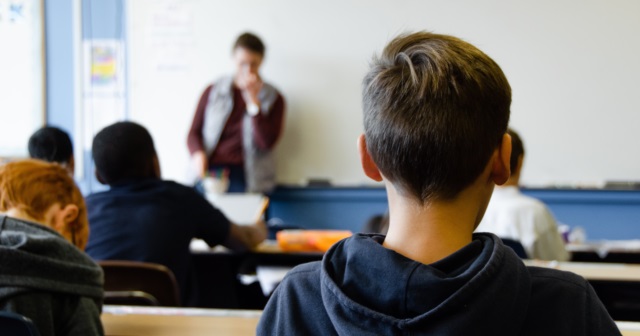 The Collapse in Power of Michigan’s Largest Public Sector Union

The largest public sector union in Michigan is the Michigan Education Association. As the association began unionizing districts in the 1960s, the number of its dues payers grew. And so did the political strength of the union, which became one of the key power brokers in the Democratic Party.

But much of its this strength was a house of cards, artificially propped up by a state law requiring most of Michigan’s 200,000 or so school employees to pay dues or fees to the union. In 2012, the MEA spent millions in an effort to make collective bargaining agreements more powerful than state law, by enshrining union privileges in the state constitution. It failed 58%-42%, and lawmakers responded by guaranteeing workers’ rights to disassociate from a union by passing a right-to-work law.

For the first time, Michiganders working in a unionized environment had the freedom to choose to support a labor union, or refrain from doing so. The MEA’s house of cards — a membership model based on government coercion — began to fall.

Over the next six years, the union lost more than one-third of its active members. The union went from about 118,000 working members down to 78,000, a drop of 40,000. Even the number of student members is only 20% what it once was. (These members don’t pay dues, and the decline may be driven by fewer students graduating from education programs in the state.)

The MEA, understandably, doesn’t widely publicize these changes, but they can be tracked through its Wikipedia page and the “about us” section of its own website. Wikipedia first describes it as “a labor union representing 157,000 teachers, faculty and education support staff throughout the state.” Then, in the section about the MEA’s current president, Wikipedia notes that Paula Herbert “took office as President of the 140,000 member Michigan Education Association on September 1, 2017.”

Meanwhile, the “about us” section of the MEA’s website claims the union is “representing about 120,000 teachers, education support professionals and higher-education employees throughout the state.” In fact, the union only “represents” about 78,000 employees. The 120,000 number includes people who are not actively employed by a public school, such as retirees and college students.

The membership decline came even though Michigan schools employ nearly the same number of employees today as they did when right-to-work took effect here, about 180,000. In other words, the loss of MEA members is almost entirely due to employees exercising their First Amendment right not to support the MEA, not from fewer people working in schools.

And this choice has had an effect on the union and its influence over Michigan politics. Dues revenue and political spending by the MEA has declined substantially. The union is scraping the barrel for revenues, turning to back dues that former members may owe. Through collection agencies, the union collected nearly $500,000 last year, up from just $16,000 in 2017.

But less direct political spending and, presumably, having fewer boots on the ground, has hurt the union’s influence, making it a weaker version of its former self. In an otherwise union-friendly write-up in The Atlantic on “How Democrats Took Back Michigan” in 2018, Edward-Isaac Dovere notes, “Not everyone delivered. Officials in the state party were surprised, for example, to see several of the unions falling short of their promises, their leaders apparently themselves not realizing just how much the state’s right-to-work law had cut their ranks.”

For years, unions and Democrats in Michigan have discussed repealing the state’s right-to-work law once they control the state Legislature, even introducing bills to do so while in the legislative minority. But the U.S. Supreme Court dashed these hopes when it ruled in 2018 that the choice of paying dues or fees to a public sector union is a First Amendment right. No switch in the Legislature will remove that right.

A substantial portion of the MEA’s membership has long claimed to be far more politically conservative than the union’s leaders and those it supports politically. Until the union recognizes this fact and improves its ability to represent the interests of all school employees, it should expect further declines in membership, revenue and influence.