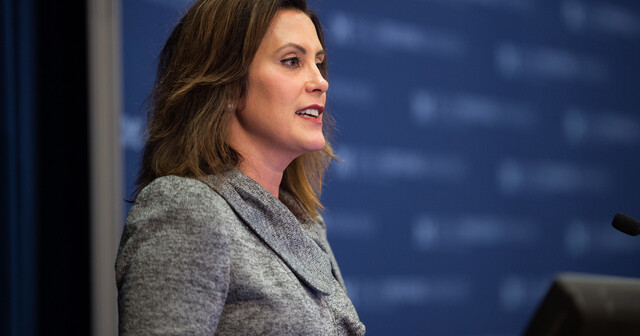 Budgets generate a lot of conflict, but not a lot of partisan spending

In an attempt to get Republican legislators to vote for a tax increase, Gov. Gretchen Whitmer vetoed roughly $1 billion in spending. It was an attempt to apply pressure on her opposition. But it turns out that most items in the budget aren’t very partisan.

All told, the governor signed into law 98.4% of what legislators approved. Or, to put it another way, she only found 1.6% of the budget to be useful to her purpose.

And even then, it seems odd that some of the vetoed items were considered partisan. I wouldn’t have guessed that $25,000 in funding to give state-chartered banks a manual on how to deal with newly legalized marijuana businesses was especially of interest to Republican politicians.

Or consider a veto of $500,000 in funding for a substance abuse program. That may have been spending that benefited a legislator’s district, or it could be a small attempt to do something about a well-acknowledged but difficult to address problem. Or both.

Even if it were a legislator trying to get funding for people in his or her district, that is a bipartisan tendency. Legislators are concerned about their constituents, and that interest crosses partisan divides. Vetoing the gravy brought home by an individual legislator may hurt the legislator, but it doesn’t transfer over to the legislator’s caucus.

There was one area that the governor’s actions seem to hurt her own priorities, her largest veto. She negated a $375 million increase in road spending. This seems dissonant with her pledge to improve road quality in Michigan. Because of the veto, the state is budgeted to spend less this year on transportation than it did last year. The state increased its support for transportation from $2.0 billion in fiscal year 2011 to $3.6 billion in fiscal year 2019.

Big policy decisions that impact the state budget are often made outside the annual budget process. For instance, lawmakers chose to expand its Medicaid services in 2013 which requires billions in additional taxpayer spending. Annual budgets only provide the money to pay for that decision rather than to question the policy itself. So, policy choices can drive state fiscal policy, but it usually takes place outside of annual budget negotiations.

The lack of partisan chess pieces in the budget has some positive effects. Local governments should get a fair shake for taxpayer money regardless of what party their residents vote for. Residents get adequate administration of state programs and operations regardless of partisan makeup of the Legislature.

There also shouldn’t be Republican public schools and Democratic public schools, either. But the governor’s veto of the increase in funding for students who attend charter schools shows that there is some partisanship concerning the state’s different public schools.

But even this is likely to be revisited. Vetoing items in the budget doesn’t veto the revenue. The money that was vetoed will sit in state fund balances and wait until lawmakers can agree on how to spend it. Or maybe even convince lawmakers that they didn’t need to spend so much in the first place.

As the governor’s actions show, however, the disagreement is over a very small portion of state spending. That lack of partisanship keeps the state government consistent from year to year. Partisan preferences for budgets can change fiscal priorities over a long term, but a change in the political makeup of the state’s officeholders is unlikely to generate wild swings in budget priorities. Budgets generate a lot of conflict, but not a lot of partisan spending.